[Eye interview] ‘There are 50 million cooks in Korea’

So much so that a typical greeting includes “Have you had your meal?” and phone calls more often than not end with a promise of a meal together sometime soon. Television and the internet are inundated with restaurant reviews and cook-offs between celebrities, and cooking shows in general have evolved into entertainment shows. Korea is a nation of foodies, judging by the great lengths, literally, that people will go to in order to check out the latest eatery: The line outside a popular spot can stretch for half a block or more.

“There are 50 million cooks!” says Kim Byoung-jin, 46, the executive chef of the triple-Michelin-starred Gaon, with a big laugh during an interview with The Korea Herald on Feb. 23, held at Gaon in the posh neighborhood of Dosan Park in Sinsa-dong, Seoul. That is to say, everyone in Korea has an opinion on how Korean food should be, making the job of hansik chefs in Korea a very difficult one. His response is to trust only his own palate, Kim says.

When Gaon opened in 2003, Korean fine dining was a relatively new concept and the Korean dining scene was not ready for the innovations that were being introduced at the restaurant, led by Cho Tae-kwon, CEO of KwangJuYo Group. Critics claimed the dishes were not traditional hansik. The price, admittedly on the high side, was considered too exorbitant for Korean cuisine. In hindsight, perhaps Gaon had come on the scene a bit too early. After some five years, the restaurant closed, along with its unique interior designed by Super Potato, an internationally recognized Japanese design firm.

The restaurant had closed but the work continued for Kim. For about two years starting in 2010, he prepared a weekly “Hwayo banquet,” where Cho hosted diverse groups of opinion leaders at home, introducing new hansik dishes and exchanging opinions and ideas on hansik and the globalization of hansik, a cause that Cho took on with missionary zeal.

While the years out of the kitchen were a difficult time for him, Kim says, “They (the dinners) were a big help to me.”

In 2014 Gaon reopened near Dosan Park, just a stone’s throw away from its original location. By this time, the public had become more receptive to the concept of Korean fine dining, and people were open to innovation.

When Michelin Guide Seoul 2017 was published as the first edition here, Gaon was awarded the coveted three stars. And Kim has now maintained the three Michelin stars for five years.

While hearing one’s name being called at the Michelin Guide awards ceremony could easily be the highlight of one’s career as a chef, it did not feel so for Kim. “I was just in a daze,” he says about the first time he was called to the stage. It feels that way every time, he adds. “There is more burden.

“It felt oppressive at first, but that didn’t improve anything,” he says. So he decided to let go of things that could be let go of, to be freed from that oppressive feeling. But letting go is not easy, as Kim observed. “It is possible only when you understand who you are.” 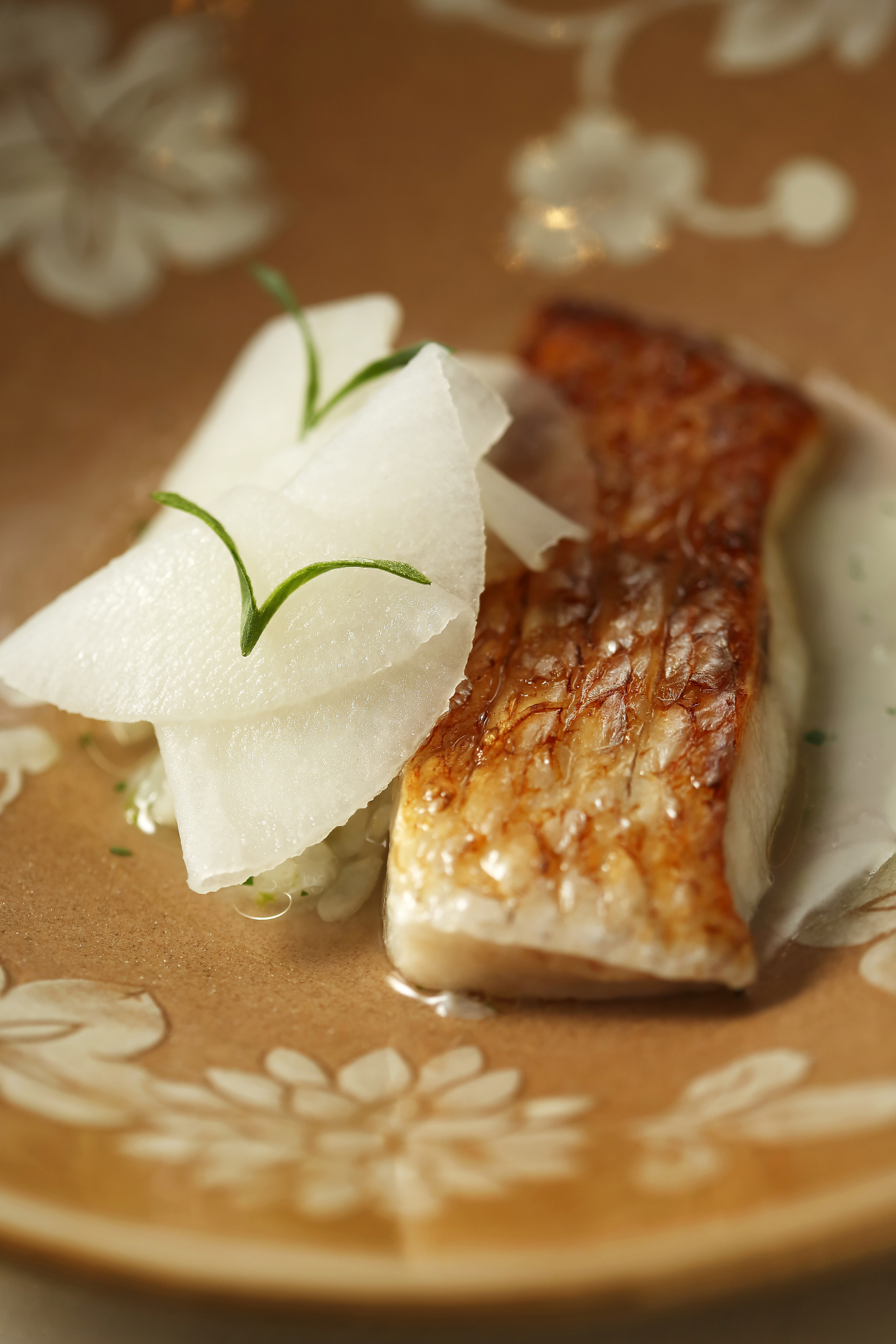 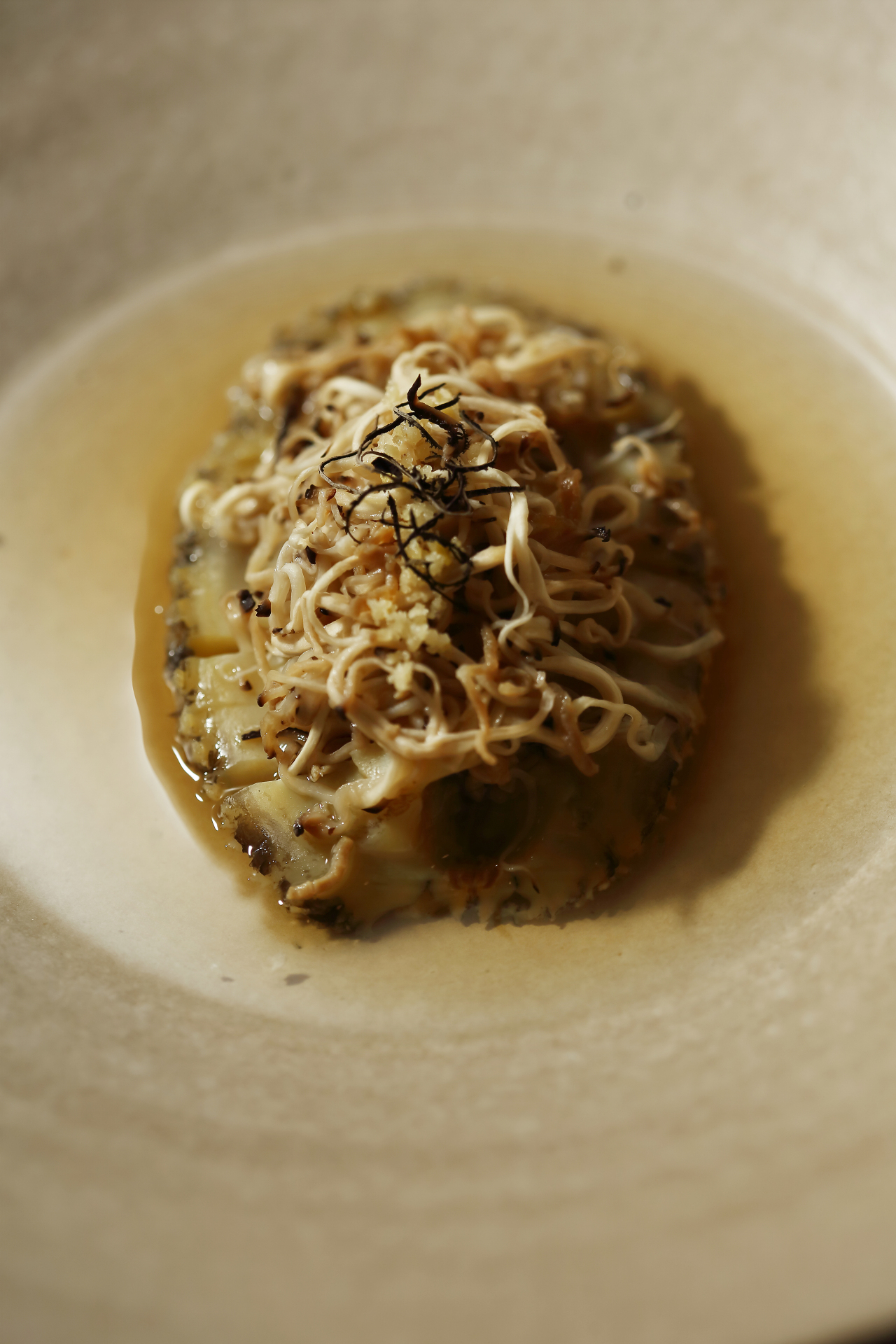 And that involves science, according to Kim.

“Food is sensual, but there is a hidden scientific aspect to it as well,” he says. “How taste is enhanced or diminished is also science.” 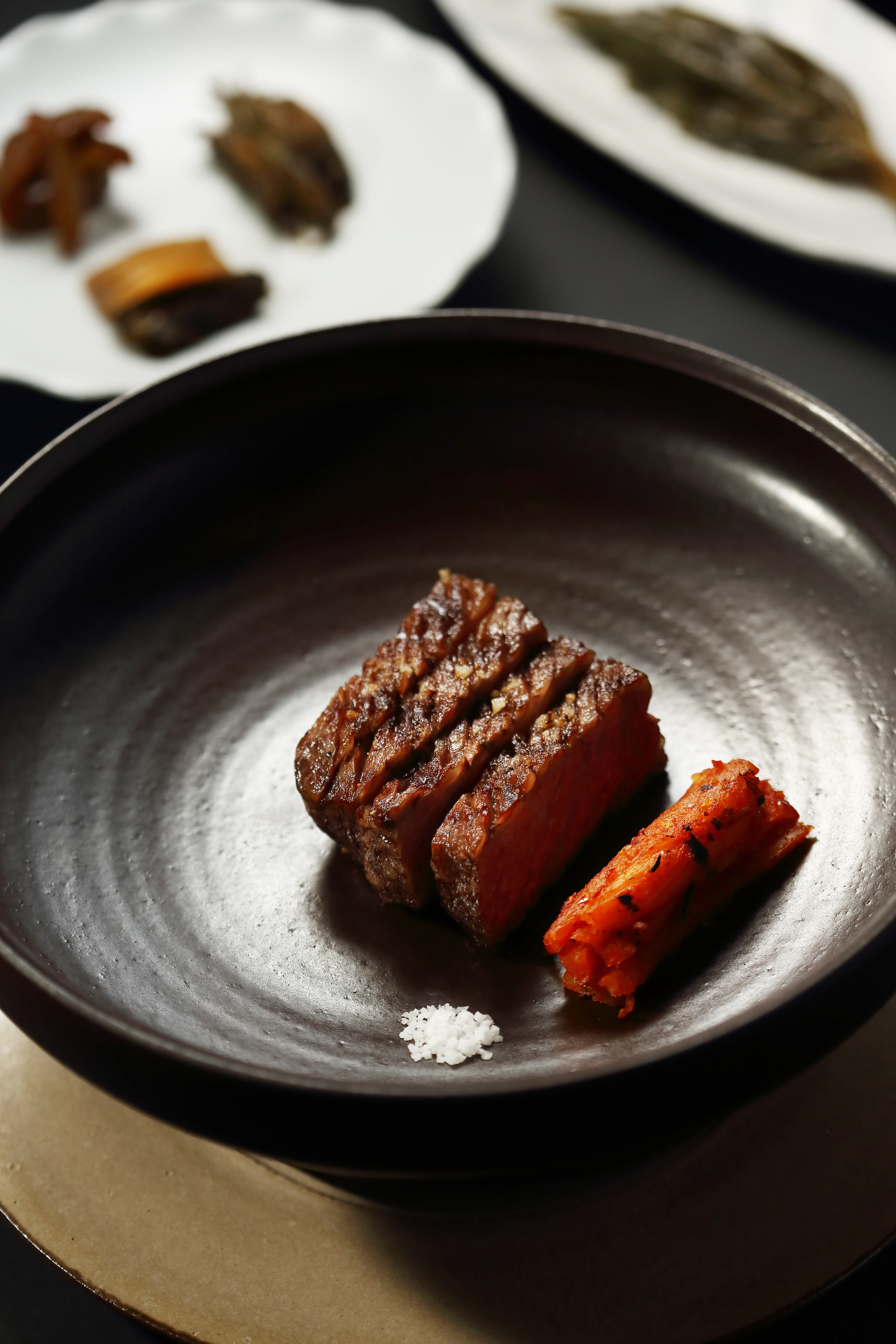 As for cooking methods, Kim feels they are similar around the world. At Gaon, he uses the sous vide method, where food is vacuum sealed in a bag and cooked to a precise temperature in a water bath, among other methods of cooking. While it is not a traditional Korean way of cooking, Kim has no qualms about using the method to prepare Korean dishes.

“Gaon is faithful to tradition,” Kim asserts with confidence. However, in preparing for the reopening of Gaon, there was a lot of internal debate about tradition, as it was on this point that the restaurant had been criticized. Since taste is subjective and there is nothing that could be done about how diners felt about the taste, the team decided to not use ingredients not typically used in Korean cuisine for the first five years, to deflect criticism as to authenticity and tradition.

“After 4 1/2 years, I used caviar for the first time. But the star of that dish was the onion, not the caviar. Caviar was used to bring out the flavor of onion,” he says. “I wanted to show onion, not caviar,” he declares, explaining how one ingredient’s umami is brought out by another ingredient with umami.

Asked to name his signature dish, Kim says the use of stock is his signature style. Some type of stock is present in almost all of his dishes, according to Kim. “I want to give depth to the taste,” he says in explaining his penchant for stock.

One ingredient that never fails to appear on the menu throughout the year is abalone, so besotted is Kim with the taste of the seafood. “It has an explosive taste. The taste is so powerful that there are no other ingredients that can counter its taste,” he says. “Abalone itself has a strong taste, a rapturous taste.”

Knowing that foreign diners may not be so inclined to abalone, Kim embraces it even more. He has taken up a challenge of sorts to make converts of foreign patrons. Pre-pandemic, 45 percent of Gaon customers had been foreigners, most of them international travelers. 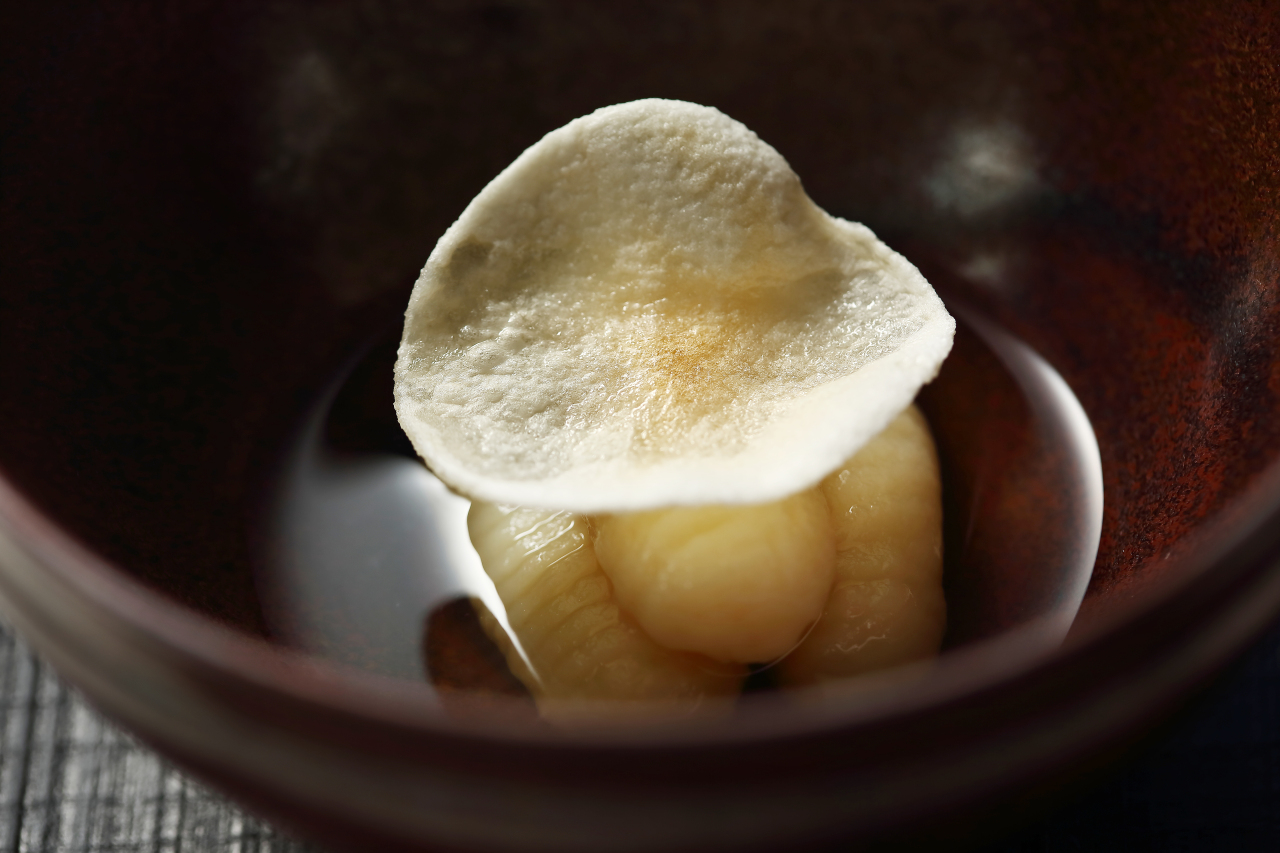 Kim describes a restaurant as a “lake.” Its calm surface belies what goes on beneath. “People don’t know what goes on inside the kitchen. They only know their experience -- the food and the service,” he says.

The hours are long and the kitchen is crammed, a potentially dangerous place. The staff must work in close coordination and Kim says there is a lot of shouting and barking that goes on in his kitchen, confirming the hectic scenes depicted in films.

“Accidents do happen and they tend to happen before a day off or after a day off, when the staff are somewhat relaxed physically and mentally,” says Kim, explaining that he needs to be very strict in the kitchen. Typical accidents include cuts and burns. 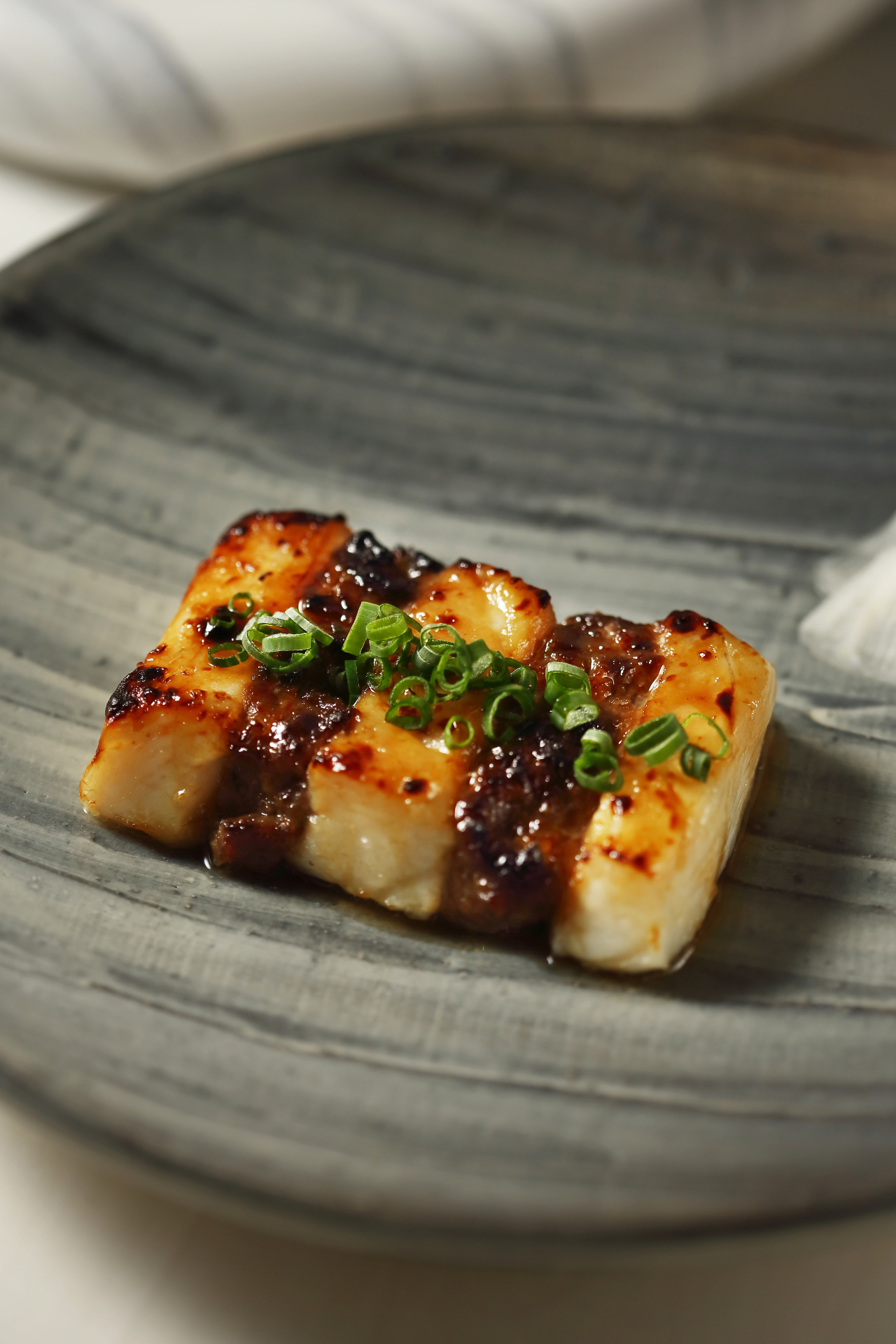 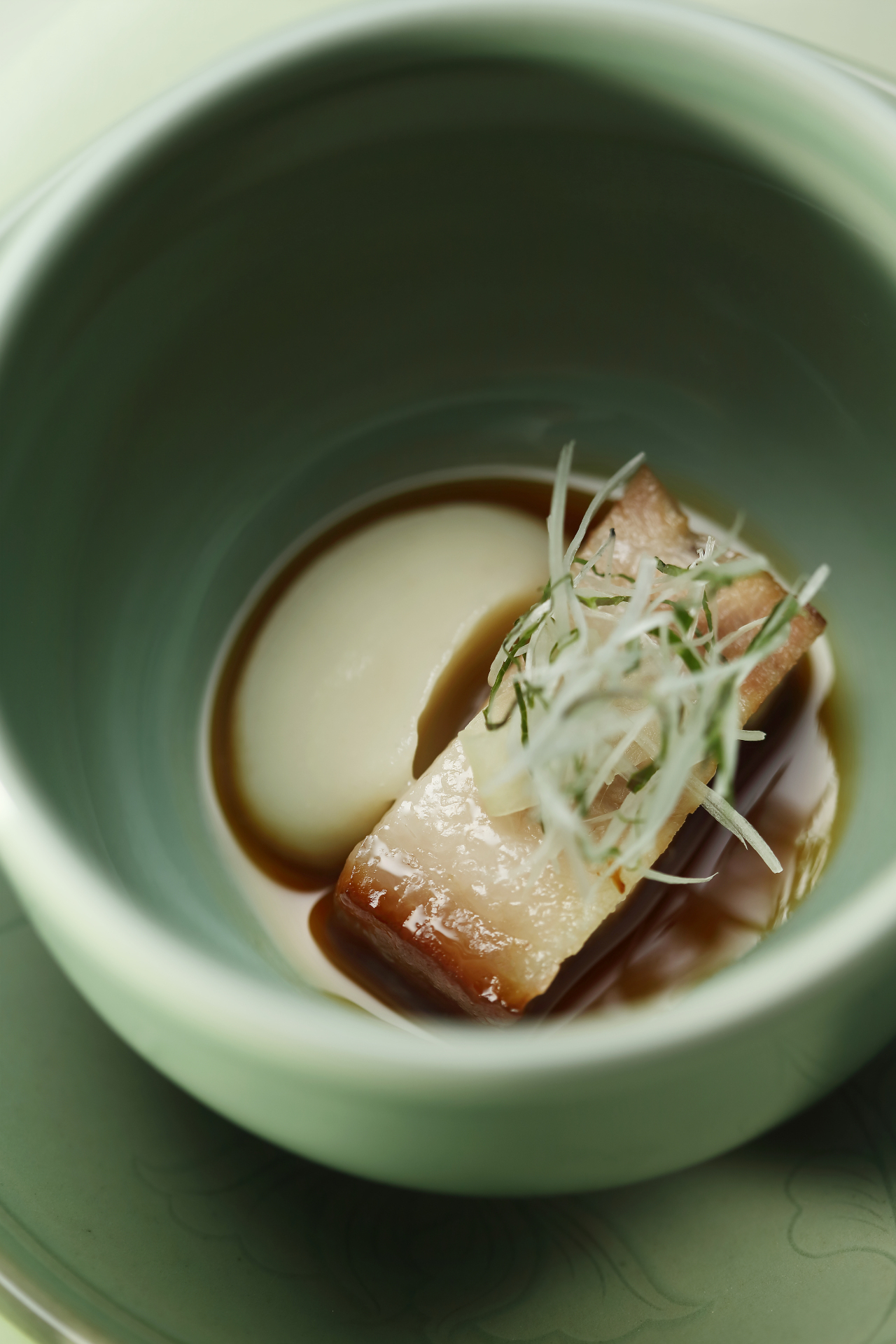 While the pandemic has greatly reduced the hours of operation -- the restaurant opens for dinner Tuesdays to Saturdays and lunch on Fridays and Saturdays -- the work in the kitchen has not changed.

For Kim, the day ends well past 1 a.m. Even when the kitchen is closed, Kim is working on developing new menu items. Seasonal dishes are introduced at three-month intervals, which means he is constantly developing new dishes.

Kim is also responsible for figuring out the cost of each dish. It is an exacting process where the cost is calculated down to each gram. “Restaurants are a business and are sensitive to costs,” Kim says.

Reality is far from the glamorous, idiosyncratic celebrity chefs’ lifestyles shown in media. In fact, the job of a chef -- even a three-Michelin-starred chef -- involves arduous labor, including shopping for ingredients at local markets.

“The most important thing is to know what one likes the best,” says the chef with 26 years of experience to those just starting out in the profession. “What you like becomes what you are good at,” he says.

And that is the question he continues to ponder to this day.

“I ask myself every morning on my way to work if this is the right job,” says Kim. "Every New Year, I want to ask a fortune teller if this job truly is right for me."