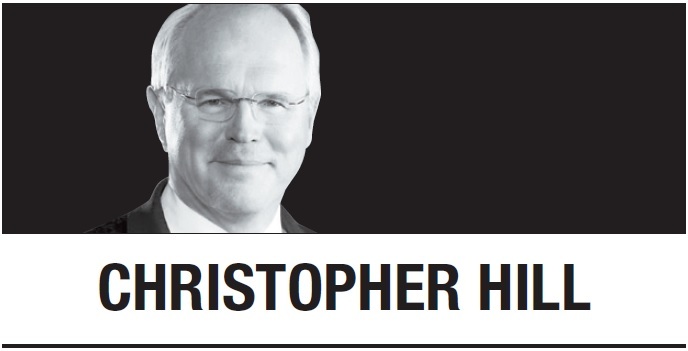 Just one year ago, it was widely believed in many quarters that the Donald Trump Administration was making progress in convincing North Korea to engage in an effort -- albeit a lengthy one -- to denuclearize.

The Singapore process that started in that city only nine months before appeared to be giving birth to some real developments, ones that would surely be clear when President Trump’s Air Force One and Kim Jong-un’s retrolooking armored train both arrived in Hanoi. Just as in Singapore, the event took on the look of a festival or a sporting match, and the mood was ebullient and expectations high.

One year later, it is clear that nothing came of the effort, and in many ways the greatest show on earth, cosponsored by two theatrically inclined leaders, has come to naught. The centerpiece of the negotiation in Hanoi was the North Korean offer to decommission its main nuclear facility at Yongbyon.

Yongbyon obviously is not the totality of the North Korean nuclear program. Many signs point to the probability that there are other facilities, perhaps more modern that produce fissile material through the process known as uranium enrichment. Moreover, North Korea has greatly accelerated the delivery means for nuclear devices, namely by a modernized missile program. but given that almost all the fissile material produced to date by the North Koreans was extracted in that dreary town in central North Korea, it was certainly an important gesture, one that in the context of a step-by-step approach would have been worth a step or two on the US side.

But President Trump didn’t want any step-by-step approach; he wanted it all and he wanted it now. After a very few hours of discussion, he and his team departed the negotiations and boarded Air Force One for the long trip back to Washington, leaving the North Koreans to wonder what had gone wrong.

Little has been accomplished since, and an increasing number of observers of the situation believe that nothing will ever be accomplished in this current generation. For its part, the Trump Administration has proposed nothing new, and has kept to the narrowest of diplomatic architecture, a straight bilateral mechanism that excludes from the table countries that have a great interest in a successful outcome. Nor have the North Koreans suggested anything new, and have dusted off some of their favorite threats and epithets.

For the Korean people, for whom the division of the Korean Peninsula was the greatest of the tragedies of the mid-20th century, especially as it had nothing to do with any actions on their part, hopes for overcoming the legacy of a divided peninsula have faded, while efforts shift to smaller steps aimed at rekindling the North-South dialogue. However much we want to help to facilitate such contacts, we should be guided by the virtue of patience and by a compass that steers us away from doing anything that would encourage North Korea’s nuclear ambitions.

For those of us who experienced the events in Eastern Europe of 41 years ago, there might be an eerie sense of deja vu. In the late ’80s there was no indication of any breakthroughs in Eastern Europe. Poland had been the last of the countries to seek social change, but that had been almost ten years before, and while there was an underlying churn of events, no one predicted, or really could have predicted, the extraordinary series events of 1989 that transformed the entire region.

North Korea is, of course, very different from Poland, or Romania, or Albania, or for that matter any of the other countries of the region that had not seen a week of freedom since their forced incorporation into the Soviet empire in the 1940s.

At this point, there is nothing to suggest that North Korea will follow suit. All we can do is look for clues in the economy of possible change, clues that we saw in Eastern Europe. What is the status of collectivized agriculture? Are farmers withholding crops? Are the factories producing? Are workers getting paid? Are roadside markets being formed? Are farmers taking back their fields from before collectivization?

When pundit after pundit says that North Korea will never give up its nuclear weapons, it is worth asking the question: What is the logic of holding on to nuclear weapons forever, especially weapons that are kept under ground and whose very existence causes draconian sanctions that reduce living standards? Are they really the means to a better future? The North Koreans say they need them to ward off countries with “hostile policies.” Really?

Logic is not always the most operative concept in international relations. Countries sometimes do things, and persist in doing things that do not always pass a test of logic. Some of the problems in the Middle East come to mind. But, fundamentally, is North Korea truly being well served by holding on to a nuclear arsenal, or could they have a better future without them?

The fact is, North Korea will someday find the way off its road to perdition. How it does, and when it does, will no doubt surprise us all. We should endeavor, however, to be ready for it, and try to extend a hand when that country wants to join with the rest of us.

A denuclearized and peaceful North Korea will need a great amount of help from all of us. But if we work closely together, and not let the narcissism of small differences (one of Freud’s insights) divide us, the Korean peninsula will someday be a very different place. How it is organized and what the political arrangements will be will, of course, be up to the Korean people to decide. The US and others should respect that fact, even as we do all we can to help.

And finally, like remnants of the Berlin Wall today, a formidable barrier that used to be a scar running through the middle of a magnificent city, we can all hope and pray that the 38th parallel, such an enduring and ugly landmark, might also suffer the indignity of becoming a mere tourist attraction.


Christopher Hill
Christopher Hill is an American diplomat who is currently the chief adviser to the chancellor for global engagement and professor of the practice in diplomacy at the University of Denver. His previous posts include US ambassador to South Korea, assistant secretary of state for East Asian and Pacific Affairs and US ambassador to Iraq. Hill was also the head of the US delegation to the six-party talks designed to resolve the North Korean nuclear crisis. The views expressed in the column belong solely to the author, and not to the Korea Herald. -- Ed.