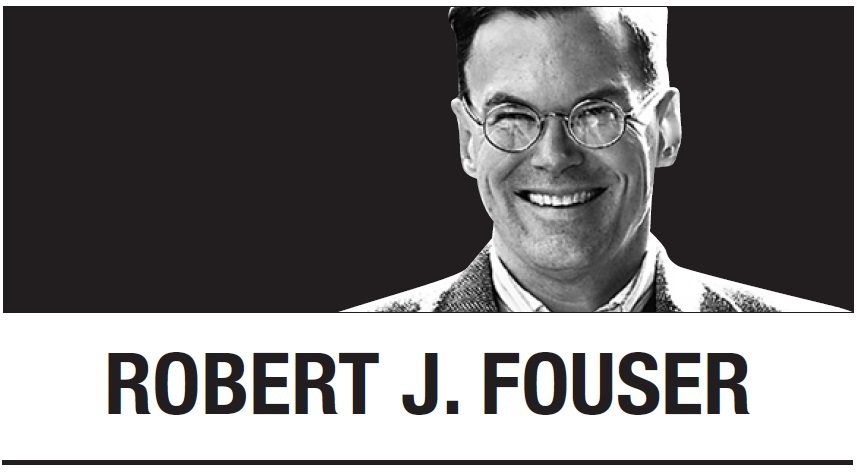 South Korea and Japan are at it again. On July 1, the Japanese government decided to restrict exports to South Korea of three products used in semiconductor and smartphone manufacturing. It argued that the products could be used for making weapons if they fell into North Korean hands. The action caused an uproar in South Korea, and people accused Japan of using the issue to weaken the Korean economy. Neither country appears willing to negotiate a solution to address complaints on both sides.

Relations between neighboring countries are often complex, particularly when there is a gap in power between the two parties. The more powerful nation often ignores the weaker neighbor, secretly believing that the weaker neighbor has no choice but to submit. The weaker neighbor, meanwhile, secretly believes that the more powerful neighbor is an abusive bully. Leaders in both countries gain political points for boasting about good relations, but leaders in weaker nations also gain political points for standing up to the bully.

When South Korea and Japan normalized diplomatic relations in 1965, Japan was by far the more powerful neighbor. Its gross domestic product ranked fourth in the world and its per capita GDP was $920. With a per capita GDP of only $108, South Korea was one of the poorest nations in the world. In 1965, Japan had 99 million people, whereas South Korea had 29 million. Japan was on the verge of becoming an economic superpower, whereas South Korea was only beginning the process of industrialization that would lead it out of poverty.

Starting in the 1970s, the gap began to narrow as the South Korean economy grew faster. Economic growth in Japan slowed remarkably after the economic bubble burst in 1992. Despite the economic setback in the late 1990s, growth in South Korea has continued to outpace Japan. As of 2018, the per capita GDP (at purchasing power parity) in South Korea is $41,351, and $44,227 in Japan. If current trends continue, South Korea is set to surpass Japan in the next few years.

Politically and culturally, South Korea has narrowed the gap with Japan. In 1965, South Korea had limited political freedom and no cultural influence overseas. Japan, in contrast, was a democracy that had successfully hosted the Summer Olympics the previous year, and Japanese culture was beginning to attract attention overseas.

In 2019, South Korea is now a cultural powerhouse as K-pop sweeps the world. It now ranks with Japan as one of the leading democracies of Asia. South Korea has developed a wide network of economic and cultural links around the world that rival those of Japan.

The narrowing of the gap has brought the two countries into greater balance, but this seems to have escaped politicians and the media on both sides. The Japanese government seems to think that it can bully South Korea into submission because it is weak. This approach naturally caused the recent backlash in South Korea.

What can be done? The most important thing is for both sides to recognize that, as neighbors, they need each other. The flow of goods and people between the two nations is substantial and benefits both. Cooperative relations are critical because both face common security threats from China and North Korea.

South Korea and Japan next need to recognize that the gap has narrowed and that they are more alike than they are different. Both are advanced democratic nations with a high standard of living. They face similar economic, environmental, and social problems and can cooperate in a wide range of endeavors.

Reaching this degree of understanding will require sustained diplomatic effort on both sides. Initial efforts should focus on an agreement to maintain free trade and commit to frequent dialogue on bilateral issues. To this end, leaders of both nations need to meet regularly instead of rejecting dialogue in a ploy to gain leverage.

Once South Korea and Japan understand that they are essentially equal partners, they can begin to deal with historical issues. Though Japan compensated South Korea in 1965 for abuses during the colonial period from 1910-1945, disputes over wording in textbooks and the endless controversy over Korean sex slaves during World War II have cast doubt on the Japanese government’s sincerity.

For South Korea, the doubts, not history, are the problem. To address its dark history, Japan can look to Germany for inspiration. Germany has shown contrition through consistent actions and has earned the trust and respect of its neighbors as a result.