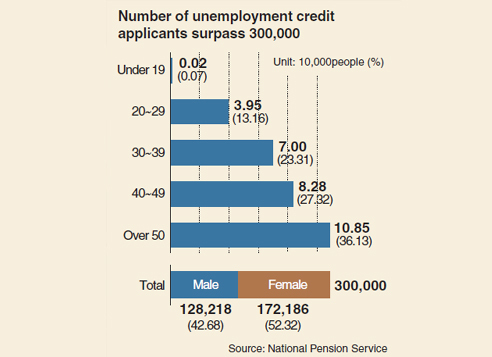 The number of applicants for “unemployment credit” has surpassed 300,000 in the past 10 months since its launch last August, said the National Pension Service Friday.

The unemployment credit is a program for job-seekers in which the government pays up to 75 percent of their national pension fees.

This enables the jobless to maximize the amount of pension they receive in the future since their unemployment period is recognized as the duration of entitlement to the national pension just by paying a quarter of their fees.