“We will put forward our best efforts to help revive exports,” Kim said during a press conference held in Seoul. 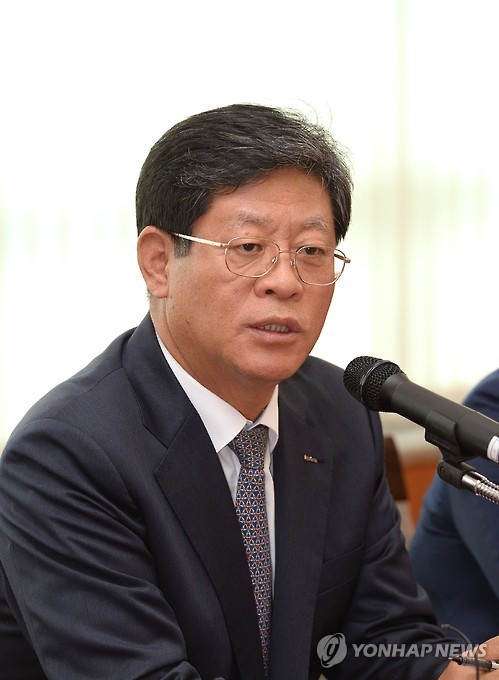 The nation’s exports, which are an important pillar of the country’s economy, have fallen for the past 20 months, except for August this year, alongside stagnant economic growth. The gross domestic product grew only 0.7 percent in the third quarter, further slowing from a 0.8 percent growth in the previous quarter.

As part of such effort, Kim said the government-funded agency is scheduled to host several trade promotion events in Korea as well as overseas with a supplementary budget the agency was allocated for the rest of the year.

South Korea’s cabinet approved a supplementary budget of 11 trillion won ($9.7 billion) in July to fund the government’s economic stimulus, of which the agency received 20 billion won.

While Kotra plans to assist companies through promotional events such as Boom-up Korea Week scheduled from Nov. 28 to Dec. 2 and Korea Consumer Goods, an exhibition to be held in tandem with Design Korea from Nov. 9-10, it will step up efforts to tackle issues stemming from structural changes in exports.

In 2017, Kotra will focus on promoting new export engines such as consumer goods and the bio and health industries as alternatives for exports led by intermediate goods, which currently takes up more than 60 percent of South Korea’s total exports, Kim said.