Crime is stranger than fiction 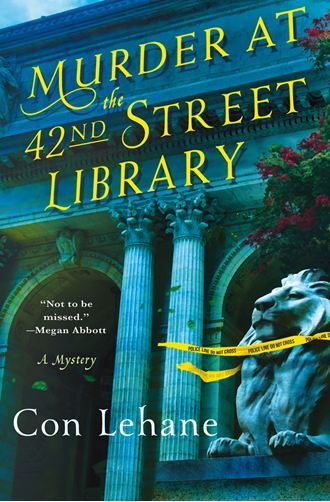 “Murder at the 42nd Street Library”

The beautiful and iconic New York Public Library on 42nd Street in Manhattan -- with its stone lions in front, multiple levels and history -- makes a stimulating setting for the launch of what should be a lively series about librarian Raymond “Ray” Ambler. The series is certainly off to a good start as “Murder at the 42nd Library” is fueled by an energetic plot, an evocative setting one can literally get lost in and realistic characters.

Ray's interest in crime goes beyond his job as head of the library’s crime fiction section. His insight has helped the New York police in the past, especially his friend Detective Mike Cosgrove. So Ray is naturally curious when a researcher is murdered in the library and the killer then shoots at Harry Larkin, the head of special collections.

His investigation could fill volumes as Ray learns of a rivalry between the deceased and the arrogant Maximilian Wagner, who is working on a biography of mystery author Nelson Yates. The elderly Yates had left his papers to the library, but not everything in those papers may be literary.

Ray makes a sturdy, believable hero for this new series. A lover of literature, he also has a fractured family he is trying to repair as he deals with his loneliness and his emotions. Lehane will have much to uncover about this likable and complicated character.

An estranged daughter, a much younger wife and anonymous donors add to the well-drawn supporting characters as does Ray‘s growing friendship with fellow librarian Adele Morgan. (TNS)