No band is an island

A 3,500-full concert hall in Bangkok broke into the Korean version of “Happy Birthday” towards the end of the March 29 concert of rock band FTISLAND. A birthday cake was brought out with the mini figures of the five members who led in singing the song to celebrate six years in the industry since their debut.

Bangkok was the last leg in the FTISLAND Sixth Anniversary Concert (FTHX) tour and fans came wearing their club’s official colour of yellow.

The Thai capital is significant to the band because it was where they held their first overseas performance on April 12, 2008, in Siam Paragon. Six years later, they return to a bigger venue and a firmer footing in the Korean entertainment scene that is crowded with idols packaged to entertain the public with song and dance routines.

"It's definitely not easy debuting at a young age and being the first idol band in Korea. Many had wondered how long FTISLAND can last in the industry despite their acknowledgement that we were really good at playing instruments," Hong Ki said in an earlier interview.

Indeed, the band—composed of lead vocalist Lee Hong Ki, leader and guitarist-keyboardist Choi Jong Hoon, bassist Lee Jae Jin, guitarist Song Seung Hyun and drummer Choi Min Hwan—has every reason to celebrate for having lasted six years and counting in the face of fickle fans and stiff competition from idols with their poppy songs and uniform clothes. They belong to that generation of young, good-looking artists who play musical instruments and compose their own music in the real sense of the word “band”.

But while they may have the face of an “idol”, their music and rocker attitude certainly set them apart. Hong Ki and Jong Hoon came out onstage at BITEC Hall in northeast Bangkok wearing shorts and looking like they were in for a jamming session in someone’s garage. The Bangkok weather must have been too hot for the Koreans but jam they did with their fans, with Hong Ki working out a sweat by running around the stage and constantly asking the audience if they were okay and enjoying themselves. 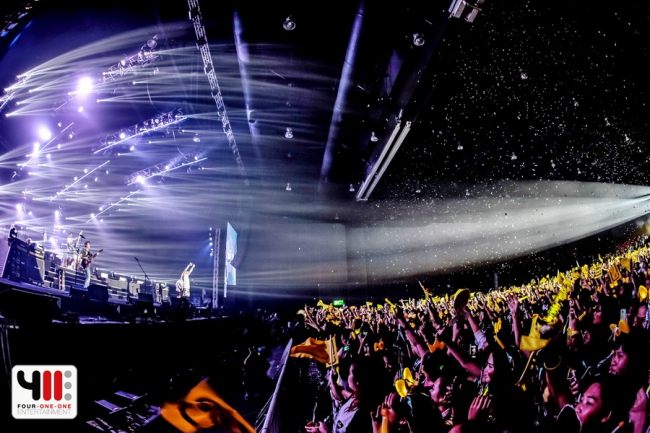 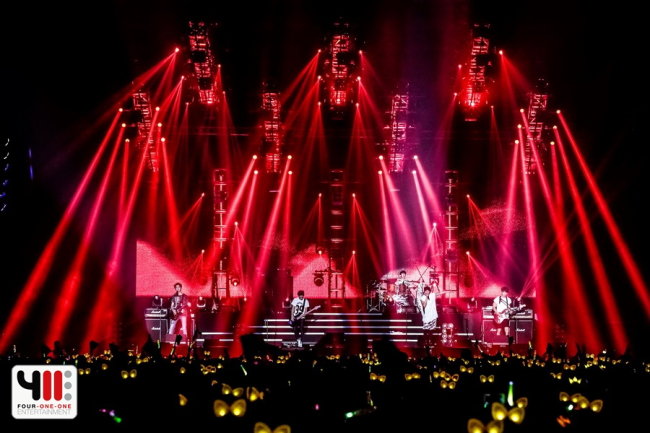 During the concert, they sang three of their songs from their sixth anniversary mini album “Thanks To”: “Memory”, “Falling Star” and “Always With You”. The album, released in September last year, was the band’s gift to their fans to express their gratitude over the support in the past six years. These songs, together with “Try Again” were composed by the members, showcasing their growth and maturity in the music industry. It was also the first time that the band released an album filled with their self-composed songs.

Hongki, with his powerful vocals, kept the audience on its feet for the most part of the two-hour concert. There were times he even had to ask the fans to sit down, leading them in a fun routine of “shooting up“ on their feet together with the confetti.

The other members also had a chance to showcase their vocals in “I Confess” while Jonghoon played the piano for crowd favourites “Madly” and “Severely”.

They ended the concert with their debut song, “Love Sick”, showing how far they have come from the teenagers who debuted and became Korea’s “first idol band” paving the way for others to follow suit including their labelmates CNBlue and N.Flying.

The band returned for two encores, “I Wish” and “I Hope”, with Hong Ki expressing the band’s gratitude to the fans who filled up BITEC Hall and promising to return on a bigger stage that would allow them to be “closer” to the audience.

And typical of the SNS generation, Hong Ki took a photo of the audience and uploaded it on his Instagram and Twitter accounts. He also “invented” a new term in thanking the audience with “khop khun imnida”, a combination of the Thai phrase for “thank you” and the Korean honorific.

FTHX was brought to Bangkok by Four One One Entertainment Co. Ltd.