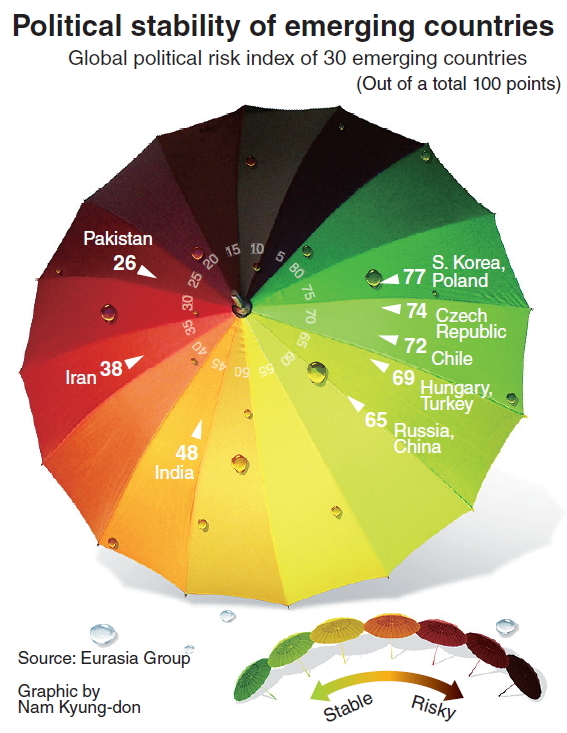 Korea and Poland were rated as the most politically stable among 30 emerging countries, according to a survey by Eurasia Group.

In its latest Global Political Risk Index, the U.S.-based political and financial risk consulting firm gave Korea 77 out of 100. The index is based on how well the government, society, security and the economy can withstand political shocks.

The high ranking indicates Korea’s ability to offset risks and uncertainties posed by North Korean threats and change of government.