[Voice] How can Korea reduce suicide?

With highest rate in the developed world ...

But unlike many social ills in this ever-evolving society, most indications are that the problem is getting worse: 2010 marked the country’s highest-ever suicide rate, with 33.5 suicides per 100,000 people.

The question of how to steer the nation off this dark path has yet again been thrust into the spotlight following the Jan. 6 suicide of Cho Sung-min, a former baseball player and the ex-husband of actress Choi Jin-sil, who herself died by suicide in 2008.

Addressing the ignorance and stigma around the issue would go some way toward finding an answer, according to mental health professionals.
“Most Koreans believe that, generally speaking, most suicides are not preventable,” said Ha Kyoo-seob, a professor at the Department of Neuropsychiatry at National University Bundang Hospital and director of Seoul National Hospital.

While attributing causes to suicide is both difficult and risks oversimplification, mental illness is recognized as a major contributing factor. One analysis in Canada of 27 studies involving 3,275 people who had committed suicide found that 87 percent had been diagnosed with a mental disorder before they died. In Korean society, however, depression and mental health generally are poorly understood, said Ha.

“Most Koreans are very reluctant to correlate depression and suicide. From their own experience, they say, ‘yeah, I knew someone who committed suicide but he was not depressed at all. So you know that I cannot say that depression is closely related to suicide.’”

While the general public might not be expected to appreciate the subtleties of mental health, the country’s mental health services also fall short of requirements, according to some health professionals.

Park Han-son, a psychiatrist at Saint Andrew’s Neuropsychiatric Hospital in Icheon, Gyeonggi Province, said that much of the current focus was on treating the problem after it had come to the surface.

“We need to adopt a ‘select and focus’ strategy. Suicide prevalence is different from group to group. Firstly, previous suicide attempters and suicide survivors should be managed by mental health professionals. And also, we have to focus on the aged poor, the homeless, North Korean defectors and the ‘hikikomori’ (reclusive youth) in school.”

Officialdom’s recent efforts to stem the rising tide of avoidable deaths have shown little success. Whereas the government’s suicide reeducation strategy for 2004-2010 had targeted a 20 percent decline in the number of people taking their own lives, the suicide rate rose more than 30 percent over the period. In 2011, the National Assembly passed a law providing government funding for counseling and other suicide reduction efforts, the effect of which is yet to be borne out by statistics.

In a statement to The Korea Herald, the deputy head of mental health policy at the Ministry of Health and Welfare, Moon Sang-jun, said the ministry’s current goal was for a 20 percent reduction in the suicide rate.

The ministry was also was taking specific measures to prevent suicide among seniors and teenagers, he said.

“To prevent the elderly from committing suicide, the ministry is going to coordinate solutions to the problem with mental health centers and the welfare organizations for the elderly to make an early diagnosis of the problem … (and) will provide counseling and welfare services for the elderly,” said Moon.

“To prevent students from suicide, the ministry is going to coordinate solutions to the problem with schools, mental health institutions, and adolescent suicide prevention programs.”

Despite the bleak trend of the last decade and the ignorance he perceives around the subject, Ha is optimistic for the future. He noted that the government budget to tackle suicide had increased 10-fold in just the last three years to about $5 million.

“I can say that most of the officers of the Ministry of Health are now having a more scientific and realistic understanding of the problem of suicide and the relationship between mental disorders and suicide. But the officers of the other departments of the government and media still do not know,” said Ha.

In contrast to times past, a positive consensus on how to deal with suicide and mental issues had emerged among professionals in the field, he added.

“There is a long debate on whether the suicide problem of Korean society is a personal problem or a social problem; it means whether it is a problem related to depression or psycho-social stress including economic problems. But, nowadays, we have some consensus and we have reached some agreement to focus the prevention of the high-risk group which (includes) suicide attempters, the aged who live alone, depressed patients who are not managed adequately, and suicide survivors.”

Within the past few weeks I have read various articles concerning the increasing suicide rate here and the need for greater attention in developing suicide prevention measures. For example, I read about the installation of cameras along the bridges by the Han River to catch those who appear at risk of suicide. I am sure there are many more great measures being made but I believe that Korea’s government, or whoever is in charge of leading this serious project, needs to look into the underlying causes of suicide.

I feel that a greater amount attention is needed in researching the backgrounds of those who have already committed suicide. Finding the common areas in their education, family background, and social environment for the majority of the underlying causes of suicide is from these areas.

One commits suicide mostly because one sees no other way out from their problems. We need to find out what exactly these problems are and why they exist; instead of trying to prevent the action, trying to prevent the thought. I believe that this is the first and most important measure that needs to be taken in reducing suicide in Korea.

I believe that if you cut the number of hours that Korean men have to work, then the rate of suicide will decrease. Men work way too much and have little time with their families. If they had more time to spend with their families, or to do a hobby that they like, they would be happier and therefore not want to commit suicide.

When you read or watch the news, you will sometimes find out that someone died by or tried to commit suicide. With the high unemployment rate, pressure for students to do well in school, get into a great college and find a great job after graduation, the suicide rate has increased over the past few years. There are so many reasons why someone who is living today will decide to commit suicide, and the rationale that I have mentioned above are just a few.

In today’s tough economy, people are living paycheck to paycheck trying to provide food on the table, to have clothes on their backs, and to pay for their month’s rent and utilities. Finding a job is really tough these days, especially one in which you went to school for and spent countless hours and money on.

Just recently, South Korea elected and made history by making Park Geun-hye the first female president and the people of South Korea are expecting a lot from her. One of them is jobs ― jobs to be created so the people can find employment as well as earn well. There are thousands of people who are struggling to find a job and some that have been looking for a long time and have not found what they are looking for are turning to suicide and ending their life.

The people who cannot find work are not the only ones committing suicide; students who attend school face enormous pressure to do well in school and to prepare for exams. Students spend lots of hours preparing for bar exams and to do well in their classes which can impact a student if he/she fails. With all the time spent by going to night classes and studying until 3 a.m., students do everything possible to be the best student in the class and to attend a great college in the future.

So, what can the country of South Korea do to reduce suicide? The answer to this question is to make sure that the president creates more jobs so that people can find work that they desire and to have places where people can go and talk to someone about their problems.

For parents of students who attend college, make sure that you talk to them and ask how they are feeling. It is good to talk to your son or daughter because they are getting stressed in school, and having someone to talk to will make them feel better.

Another is to probably have a suicide hotline in case someone you know is planning to commit suicide and that you can call someone and tell about your friend and the problems he or she is facing because it is better to save your friend’s life. So, to reiterate on how to reduce suicide in South Korea is to create jobs, establish a place or phone number that someone can talk or call about their problems, and to have friends and family who will always make you happy in times of trouble. 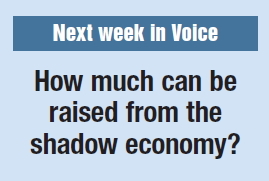