[VOICE] Is Korea doing enough for N.K. refugees in China?


China’s forced repatriation of North Korean defectors in the country may have exploded onto the national and international agenda in recent weeks, but the issue is far from new.

While reaching an exact figure is impossible, the Chinese authorities have sent countless North Koreans back to their homeland to face imprisonment, torture or even execution over the last two decades.

According a recent testimony to the U.S. Congress by the chair of the Washington-based Committee for Human Rights in North Korea, the number comes to the tens of thousands.

Until recently, Seoul’s response had been one of “silent diplomacy,” declining to publicly admonish or raise the issue with Beijing. That has changed alongside mounting public protest and disillusionment here with China’s stance. The government this month sent a high-level Foreign Ministry official to China to discuss the issue and publicly petitioned the EU, U.S. and U.N. for support.
“…(We) delivered our concern over the possibility for them to be repatriated to their own country (to the Chinese foreign ministry). We also are bringing this matter to those international organizations like the U.N. human rights committee and expressed already our position through those keynote speeches of our high-rank officers of our ministry,” an official at the North East Asia division of the Ministry of Foreign Affairs recently told Voice on condition of anonymity.

China, however, has been unmoved, and continues to regard the refugees in its territory as economic migrants.

On March 9, just two days after another official in the Foreign Ministry was quoted in The Korea Herald saying China seemed “very uncomfortable” about the issue being internationalized, it was reported that China had forcibly repatriated 31 refugees.

The Foreign Ministry official Voice spoke with stressed that Seoul regrettably had very little leverage over Beijing on the issue.

“It is very limited because mainly the North Korean defectors problem in Chinese territory is solely the Chinese government’s matter so we cannot intervene as we want,” he said.

But he denies that the ministry has long been negligent in tackling the problem, pointing out that it had brought numerous defectors to the South with Chinese cooperation until relatively recently.

“Our position is that during the last 10 or 15 years we got substantial results during our so-called silent diplomacy and until 2009 or 2010 we still got some cooperation from the Chinese side to solve this problem. Not that eagerly, but they passively cooperated with us. Partly it depended on detailed cases, but mainly the international situation, especially our bilateral cooperation was better than now. But now I think the evaluation of their own policy toward North Korea and toward us has changed in China, that’s why, especially after the Beijing Olympics … I think they changed their position.”

The official wouldn’t be drawn on why ties had deteriorated, but said there were numerous explanations from commentators and academics available in the public realm. Among those proffered are China’s ambivalent reaction to the North’s sinking of the Cheonan and shelling of Yeongpyeongdo in 2010 and illegal Chinese fishing in Korean waters.

He added that the ministry had yet to receive any signs of change from China.

“Up to now, sadly, we don’t have any hopeful sign from the Chinese side yet, and I think it will take some more time.”

Professor Lee Jung-hoon, director of the Institute of Modern Korean Studies at Yonsei University, accepts that Seoul has little leverage on China. But, he says, nor has the government or political establishment acted with sufficient urgency.

“Because we have so many investments in China and … our trade relations with China are larger than our trade with the U.S. and Japan combined … and the fact that of course China seems to have some leverage in dealing with North Korea, all adds to our government and politicians being extremely ginger so as not to ‘provoke’ China,” Lee said.

“That shouldn’t in any way be skirted just because we are afraid that it might have a negative implication for our trade relations, economic or other political relations with China. That is extremely cowardly and China should not play that card either.”

He highlights the failure of the National Assembly to ratify the North Korea Human Rights Act as one egregious example of inaction.

“They’ve been stalling the passage of the North Korean human rights law which of course the U.S. and Japan has passed but we haven’t because the opposition Democratic (Democratic United Party) has been opposed to it. It’s very cowardly of the opposition not to raise human rights issues in the North and this is linked to the North Korean defector issue … We heard recently from Kim Jong-un about how to handle the defectors. He’s telling the soldiers to shoot them on sight. We know, China knows, exactly what happens to these people and (we) still lack the courage and moral conscience and a sense of responsibility.”

A Christian activist who helps North Korean refugees escape China to asylum says that his experience of government action has been disheartening. He points to an incident in 2009 where, he says, the South Korean embassy in Hanoi, Vietnam, refused asylum to a number of North Korean refugees. Other reports in publications such as the LA Times have repeated similar claims.

“In general, for the last decade and a half it would seem that, in my opinion, the South Korean government has not had a very robust policy toward protecting the refugees,” said the activist, who spoke on condition on anonymity.

“Usually it has been NGOs that have highlighted the issue and if a specific incident would come up in an embassy or consulate in China or some other country then, dragging its feet, the South Korean government would come to the table. I think it is doing better in this situation. But it seems to me that more or less the administration is following public opinion rather than really leading the way.”

He added that it is a “dirty little secret” that, even in liberal democracies, trade trumps human rights issues.

“The idea that there is really nothing South Korea can do is wrong. Seoul can simply say, ‘We understand your position, from now there is a 3 percent excise tax on every Chinese good that comes in here.’ That’s the point where a country truly declares this is important to us.”

Lee Tai-hwan, a senior research fellow at Seoul-based foreign policy and defense think tank The Sejong Institute, sees such a move as “unrealistic,” arguing that tax policy and the North Korean refugees are separate issues. And while he acknowledges that the government has had no option but to push harder on the issue recently due to growing public discontent, he says behind-the-scenes diplomacy is just as vital as more public campaigning.

“In terms of negotiation, they need to be a bit more flexible for effectiveness. Without effectiveness, many defectors will be repatriated to North Korea. To have a desirable result, I think, while the government could resort to the international organizations on the one hand, on the other hand they need to very skillfully negotiate with China … One track is the very principled track, another is the quiet diplomacy track.”

The issue of North Korea’s nuclear weapons often comes to the surface. Recently, it has become an issue once again because of the Nuclear Security Summit. For many years, countries have tried to persuade North Korea to stop developing nuclear weapons by coming up with incentives.

North Korea is threatening the whole world with its nuclear weapons. More often than not, North Korea asks the United States of America, China and South Korea for support such as food and capital.

In North Korea, many people are starving to death because the government spends most of its money on developing these weapons. Why do citizens of North Korea not oppose their government?

Furthermore, since North Korea invests heavily in the development of nuclear weapons, it does not seem that North Korea is close to denuclearization. To speak frankly, North Korea is spending too much money on developing nuclear weapons. Almost all citizens in North Korea have difficulty obtaining clothes, food and shelter. Even though South Korea and several countries are supporting North Korea, citizens within North Korea suffer dire poverty. It was also reported that there are some people who are willing to eat people because there is no food to eat.

North Korea continuously develops its nuclear weapons with money it receives from other countries. Though many countries are persuading North Korea to assist citizens within the country, it does not work out. Even though some countries come up with good proposals to make North Korea stop developing nuclear weapon, North Korea likely continues to develop nuclear weapons in secret since they have spent so much on their nuclear ambitions.

Human rights should be the most important part of any democracy. In terms of that, South Korea should show other nations a stronger response to this issue. Otherwise we will continue to be ashamed of Korea, living without a real democratic identity. 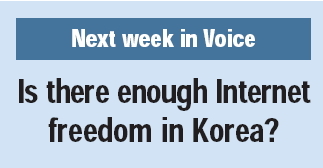