Korean traditional arts are the highlight of cultural events planned for the 2012 Seoul Nuclear Summit slated for March 26-27.

“Foreigners still don’t really know the difference among cultures of China, Japan and Korea. I hope this upcoming event will help them to understand the uniqueness of Korean traditional culture,” Sohn Jin-chaek, general director at the National Theater Company of Korea, told The Korea Herald on Thursday.

Sohn is in charge of cultural and entertainment events at the two-day summit.

Five events are likely to be staged during the two-day meeting, each event running for about 35 minutes.

Singer Park Jung-hyun opens the stage during the leaders’ banquet with her song titled “Peace Song,” a promotional track produced for the event. Artists will continue the stage with traditional dance with music, he added. 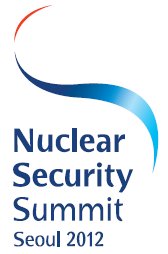 Leaders who are some of the busiest people in the world will be able to take time to relax during the events. The concept of hanok, or Korea’s traditional house, and back garden of Joseon palaces will be used for decorating the main stage.

“I will help leaders feel what Korean culture is about rather than just watching performances. I wanted to stage Korean performances with cozy hanok and garden as backdrop,” he said.

“This will offer leaders a chance to think about peace pursued by Koreans,” he added.

More than 50 heads of state and representatives of international organizations will attend the meeting to be held at the COEX Convention Center in Samseong-dong.

A group of 35 Korean experts both from the public and private sectors work with the secretariat for cultural performance and events, media promotion and translation. The country’s most renowned culinary experts have been consulted on food and beverages. Hotel Shilla is reportedly in charge of catering services for banquet prepared for leaders from all around the world.

Programs for leaders’ spouses, dinner menus and wine lists, gifts for leaders are to be unveiled soon. The secretariat office for the summit declined to comment saying these are surprises for leaders.

Hotels in Seoul, particularly those nearby COEX Convention Center, are busy preparing for the arrival of world leaders.

The secretariat office named K-pop and K-drama stars as goodwill ambassadors for the 2012 Nuclear Security Summit, as part of its effort to increase interests in the event. The list of celebrities includes boyband JYJ, TV actors Jang Geun-suk and Wang Suk-hyun, and singer Park Jung-hyun who is also known as Lena Park.

On Tuesday, Park and Wang were invited to the launch of “Wish Tree” project held at Incheon International Airport. The event is designed to raise public awareness on nuclear safety. Anyone at the airport can write their message and wish for a peaceful world, officals said.

A number of events have already been staged in celebration of Korea’s hosting of the global event.

The Presidential Council on Nation Branding on Monday reenacted a royal wedding of Joseon based on the royal books retrieved from France last year. Titled “Joseon Reawakens,” the event presented royal court costumes, traditional dance performance, music and food at the National Museum of Korea in central Seoul.

The concerts will be held at the main theater of the National Gugak Center near the Seoul Arts Center in Yangjae-dong, southern Seoul. The concerts will offer interesting performances of various forms of gugak, ranging from traditional to fusion, featuring traditional musician Kim Yong-woo, pansori star Park Ae-ri and haeguem player Ccot-byel.