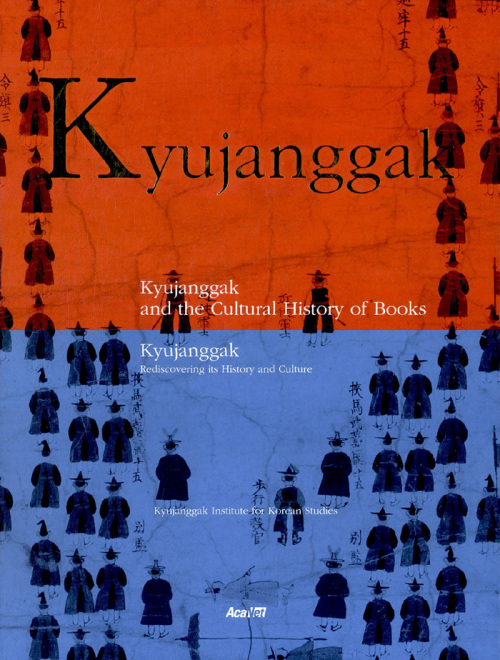 Founded in 1776 during the reign of King Jeongjo, the Kyujanggak served as the Joseon Dynasty’s royal library. It housed countless royal books and documents that are now considered priceless Korean historical records.

The Kyujanggak Institute for Korean Studies of Seoul National University ― where the library is now located ― has published two books on Kyujanggak in English.

The institute, which published the volumes’ Korean edition in 2009, emphasizes the importance of in-depth research of the royal library and its history, as well as publication of books that can be easily understood by the public.

“Kyujanggak: Rediscovering its History and Culture,” one of the two volumes, offers a historical overview of the development of the royal library.

According to the authors, King Jeongjo also used the royal library as a research institute, and made his scholar officials write and publish books. In the last years of the Joseon Dynasty, the library acquired many books on Western science and history.

The history of the royal library is fascinating, showing how it evolved from a store of royal writings to the central place of Confucian statecraft, from imperial library of the Korean Empire to today’s established research center at Seoul National University.

The second volume, “Kyujanggak and the Cultural History of Books,” gives a colorful introduction to more than 200 documents, books, paintings from the Kyujanggak collection.

Aside from the famous “veritable records” called Sillok, and Uigwe, a collection of royal protocols of the Joseon Dynasty, the book also exhibits medial manuals, literary works, calligraphy of Joseon kings, and Buddhist writings. Also included are pages of The Independent, or Dongnip Sinmun, the first modern daily newspaper in Korea which ran from 1896 to 1899.

Every featured example in this book is introduced with photographs, which makes it possible for its readers to witness the richness and diversity of Kyujanggak collections.

The release of the English volumes is especially meaningful as 297 copies of Uigwe that were looted by the French from Oikyujanggak, an annex of Kyujanggak on Ganghwa Island, have been returned to Seoul from Paris this year.

While the “Kyujanggak and the Cultural History of Books” is a relatively easy-read with large sized photos, some may find “Kyujanggak: Rediscovering its from History and Culture” a little too academic. Nonetheless, the two volumes are a notable achievement in the on-going Kyujanggak research and informing the public of its hidden historical and cultural significance.