[Erika D. Smith] The secret to keeping this moment of solidarity between Black and Asian Americans 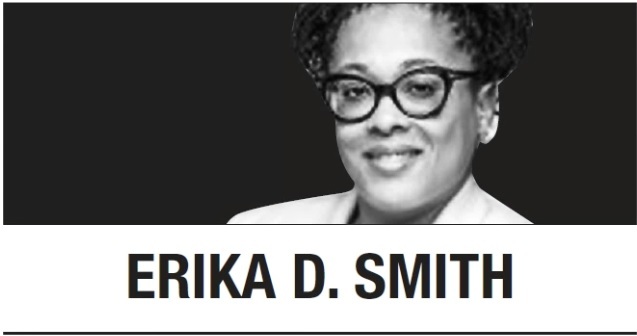 Najee Ali was surprised by the phone call.

A young mother of Asian descent, Sia Marie Xiong, had been found dead at an apartment complex in Compton. The Los Angeles County Sheriff’s Department had said it didn’t believe the shooting to be a hate crime, but with the recent rash of attacks on Asian Americans, the family wanted to push investigators to consider that possibility.

Few understand this more than Ali, who has advocated for racial justice in South Los Angeles for decades. Just a few days before getting that phone call, he was at a ceremony commemorating the loss of Latasha Harlins, the Black teenager who, 30 years ago this month, was shot in the back of the head by a Korean merchant over a bottle of juice. That horrific killing marked a low point in relations between Asian and Black Angelenos, and the hatred and the division helped ignite the LA riots.

Ironically, it took another horrific killing -- that of George Floyd in Minneapolis last spring -- to bring about the solidarity that’s increasingly evident today, particularly as Californians continue to mourn the six women of Asian descent who were shot to death in suburban Atlanta.

“I think there is this need among folks to react and be together and build community,” said Di Barbadillo, an activist with 3rd World Power, which works closely with Black Lives Matter Los Angeles.

At many of the recent vigils, both for the victims in Georgia and for Asian Americans who have been sucker-punched on the streets of California, Black activists have shown up as allies in much the same way Asian American activists did after Floyd was killed by Minneapolis police. Nationally, it has been much the same, with Black leaders speaking out against anti-Asian hate.

But perhaps even more striking is the way that so many people, both Black and Asian, are talking about the monthslong rise in racially motivated crimes.

Ana Iwataki, an organizer with J-Town Action & Solidarity, traces this thinking back to the reckoning on racism that started with the George Floyd protests.

“The conversation is being reoriented toward how to enact real anti-racist practices and how policing fits into that,” the 32-year-old said. “So it makes it necessary to have these complicated discussions about what safety looks like and who are we protecting and how we think of community.”

In other words, there’s a lot of long overdue self-reflection going on about exactly who does and does not benefit from white supremacy. The simple recognition that, ultimately, it’s not anyone of color, makes the notion of solidarity a lot easier to accept.

“You’ve seen the conversation turn from, ‘Ooh, I’m not sure I want to say the phrase Black lives matter,’ to folks being more willing and understanding of what the phrase Black lives matter means,” said Barbadillo, 35, who also is a legal observer with the National Lawyers Guild. “And because of that, it’s almost primed people to be more cognizant of how they learn about anti-Asian violence. Like, what does this mean? How does this fit into everything?”

In many ways, this is a change from the days of Latasha Harlins, uniting around a common enemy of white supremacy. Black and Asian communities haven’t always been at odds in the fight for racial justice, though.

Ali, 58, said that many in his generation are still bitter over what happened to Latasha Harlins -- and that her killer served no time in prison and had so much support from the Korean American community.

“A few years ago, when I joined Korean American leaders for the 25th anniversary of the Rodney King beating,” he said, “I realized I was harboring all this resentment that was actually eating me up inside and I had to finally let it go.”

This is one reason why solidarity comes easier for younger activists, who know what happened in the past, but don’t have the same emotional connection to decades-old events. That lack of baggage is also a reason for hope for the future.

Iwataki, for her part, considers it her duty to remind anyone who will listen that the attacks on her fellow Asian Americans are symptoms of something much deeper. “It’s only in solidarity,” she said, “and only in recognizing that everyone who is made vulnerable by white supremacy is in the same fight.”

Whether people will continue to build and nurture this alliance after the vigils and the marches wind down and the outrage over last month’s attacks in suburban Atlanta subsides is another matter. I’d like to say yes, but white supremacy is nothing, if not insidious in its ability to divide and conquer.

“That’s really the question in this moment,” Abdullah said. “Are we going to double down on the solidarity?”