Celebrating Beethoven through music and art in Busan 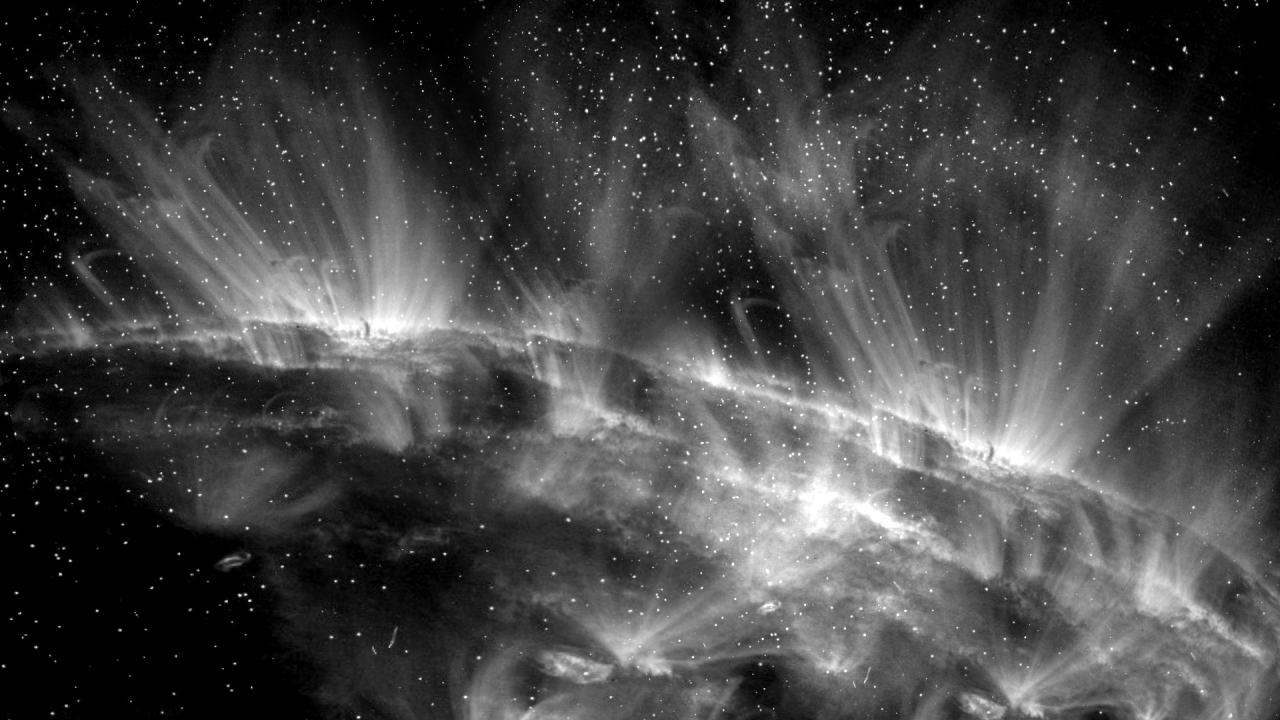 "Brilliant Noise" by Semiconductor (Jungfrausis)
In commemoration of the 250th anniversary of Ludwig van Beethoven’s birth, a cultural event that creatively combines a classical concert and media art exhibition will take place Tuesday at F1963, a culture complex in Busan.

“Artist Letter,” a concert and exhibition dedicated to Beethoven, aims to encourage people who are depressed by the prolonging pandemic by delivering the message of how the great musician overcame the difficulties he faced as he lost his hearing.

A media art exhibition will be showcased along with the symphony, participated by Jung Jae-bong, a Korean artist based in Germany; Megan Bent, a New England-based media artist; Dana Levy, an Israeli artist based in New York; and Semiconductor, the UK artist duo made up of Ruth Jarman and Joe Gerhardt.

"No Longer be a secret" by Megan Bent (Jungfrausis)
"When Beethoven found himself becoming deaf, he did not give up on hopes although he had to face critical difficulties as a musician. The participating artists and I wanted to encourage people, reminding how Beethoven had overcame his situation,” Sun Jung, the curator of the event, told The Korea Herald.

This year marks the 250th anniversary of the birth of Beethoven who died at the age of 56 in 1827. He composed approximately 750 works, persevering with his musical career throughout his life despite his deafness.

The event organizer, Jungfrausis based in Busan, chose the outdoor performance hall at F1963 and will allow 100 audience members although the performance hall can accommodate upto 300 people for safety reasons regarding the virus pandemic.

Tickets for all seats are priced at 30,000 won and can be booked online through Interpark at bit.ly/37crHjy.