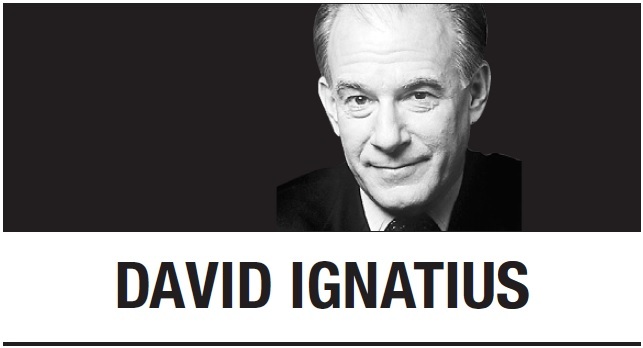 While most of the world has been on lockdown from the novel coronavirus, the wars and political machinations of the Middle East have continued. Amid this turmoil, Russia appears to be making steady progress as a regional power.

The pandemic and collapse of oil prices have pounded the region’s already fragile countries. The Gulf oil kingdoms are slashing budgets; Iran is hunkered down and trying to keep its leadership alive and its strategic weapons programs intact. America, meanwhile, is a waning force. In this vacuum, Russia plays a growing role by default and design.

Russia has been opportunistic toward the conflicts in Syria, Libya and Yemen. The combatants are exhausted, but efforts to negotiate peace deals have failed. The result may be de facto partitions in all three -- and frozen conflicts that leave the nations fragmented and vulnerable.

Russia is likely to emerge with several important military bases in the Mediterranean, achieving a centuries-old dream. Russian forces control Khmeimim air base and the port of Tartus in Syria, and they helped seize al-Ghardabiya air base near Sirte in Libya in January.

Whatever its recent successes, Moscow is confounded in its hopes of bringing order to this fractious region, much as the United States was for decades. The “Astana Process” failed to bring peace to Syria, and talk of a similar Russian-Turkish condominium to stabilize Libya is probably doomed, too. Russian Ambassador Aleksandr Aksenenok, in an essay published last month by the Russia International Affairs Council, trashed the Syrian regime of President Bashar Assad, describing its corruption and “outrages” by its security services.

But the Russians have less at stake. Their investment of blood and treasure is relatively small, and they’ve left much of the dirty work in Syria and Libya to a private militia known as the “Wagner Group,” run by one of President Vladimir Putin’s friends. This is an empire on the cheap.

One modestly hopeful development for the United States comes in Iraq, where Prime Minister Mustafa al-Khadimi, an America-friendly former chief of intelligence, has succeeded in forming a new government. US commanders are planning a strategic dialogue with Khadimi in June, and they expect that some US troops will remain in Iraq training its special operations forces. The number will be less than the current 5,000, but still in the thousands, US officials believe.

Saudi Arabia, historically America’s most important ally in the region, is struggling from the double whammy of COVID-19 and the global crash in oil prices. Saudi officials are weighing major budget cuts, including a possible delay of Crown Prince Mohammed bin Salman’s Vision 2030 reform projects.

The Saudis are also discussing with the United States and Russia additional oil-production cuts to bolster prices. One possibility is a small unilateral Saudi cut for July, which would be increased if other major producers agree to similar reductions. To stay solvent, the Saudis are considering cuts in government projects and salaries, tripling value-added taxes and tapping financial reserves.

With an embattled Iran posing less of a threat to Saudi Arabia, the Pentagon is withdrawing some of the Patriot missile batteries and fighter jets that were rushed to the kingdom last summer. Yemen remains a ruinous conflict that the Saudis want to exit, but peace efforts have failed, and the Saudis may have no alternative but joining the United Arab Emirates in accepting a de facto partition of Yemen’s north and south.

America’s dilemma this year will be how and when to extract US forces from Syria. Pentagon officials have managed to slow President Trump’s desire for an immediate pullout of US troops supporting the Kurdish-led Syrian Democratic Forces in the northeast.

But at some point, the Russian and Syrian regime forces that have been fighting rebels in the western province of Idlib will move east. US commanders would probably prefer a withdrawal deal with Russia to a shooting war over territory they plan to leave eventually, anyway.

Libya is the most mischievous and potentially rewarding Russian power play. They have been backing the Benghazi-based forces of Gen. Khalifa Haftar, in an unlikely coalition that includes the UAE, Egypt and France. But Haftar’s campaign to topple the Turkish-backed government in Tripoli keeps failing.

What’s next in the Libya stalemate? A peace plan brokered in Berlin this year by United Nations special representative Ghassan Salame is “more valid than ever,” he told me in an interview. But Libya, like the region overall, looks too fragile and fragmented for any diplomatic breakthroughs now.

Russia is picking up the pieces in the post-pandemic Middle East, not so much to further a grand strategy as to poke its deflated rival, the United States. This is scavenger diplomacy, feeding off the carcasses of these broken states.