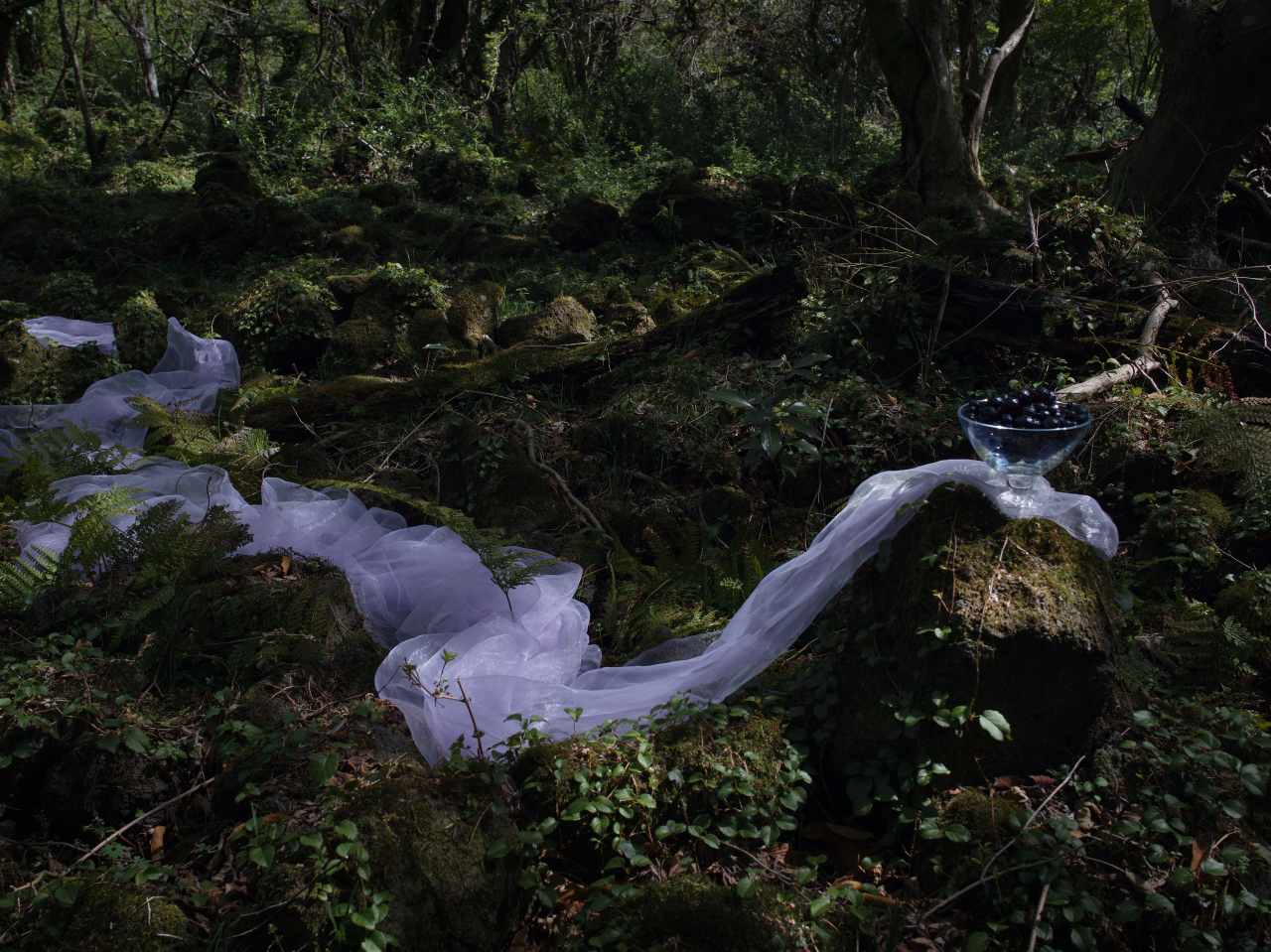 "Tears of a Shadow 1” by Park Young-sook (Arario Gallery)
When Park Young-sook, the first-generation feminist photographer, visited the Gotjawal Forest on Jeju Island for the first time last year, she had to walk through dead vines and thought of the forest as an abandoned place. Then women who were sacrificed in witch hunts came to mind.

“I felt like the place turned into a spiritual place where women who were labeled as ‘witches’ in Europe came crossing the sea and peacefully lived at the desolate, lonely forest,” Park said in a statement. “Without being sacrificed by the ‘witch hunting,’ I imagined they migrated to the forest with their own will and wisdom.”

Park’s solo exhibition, “Tears of Shadow” showcases 18 photographs she took at the forest with objects displayed including a wedding dress, picture frames and Park’s personal belongings.

“I was attracted by women who do not conform to social pressure,” Park said in an online press conference Wednesday. “This time, I thought about women who were victims in the Catholic Church‘s witch hunt,“ she said, referring especially to the Middle Ages.

Born in 1941, Park has pursued a career as a feminist photographer since 1984 after graduating Sookmyung Women’s University. Park has played an important role in the modern feminist movement in Korea, asking questions about gender inequality and anti-feminism through her photographs.

The exhibition is a new experiment for Park, focusing on nature and objects for the first time instead of female figures in her work, according to the gallery.

Park was awarded the 32nd Lee Joong Sup Award earlier this month for her contributions to feminism over nearly 40 years.

The exhibition runs from Thursday to June 6 at Arario Gallery in Jongno, central Seoul. Her previous exhibition at the gallery, entitled “Mad Women Project,” took place in 2017.