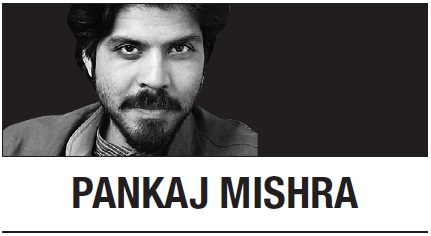 As the year ends, a partial and brief cease-fire seems imminent in Donald Trump’s trade war on the world. The United States and China may sign a deal as early as next month. But make no mistake: The protectionist impulse behind the trade war remains as ineradicable as ever.

Nor should it be forgotten that economic nationalism has guided the destiny of all major nations since the 19th century.

According to the ideological prejudices of the present, built up over nearly four decades of globalization, free trade and deregulation represent the natural order of things. History, however, tells us that the United States was a protectionist power for much of its existence, and the tariff was a crucial factor in its dethronement of Britain as global economic leader by the early 20th century.

The argument for economic nationalism against a manufacturing giant such as Britain was simple. British free-traders claimed that their ideology was best placed to bring prosperity and peace to the world. Their critics in countries less economically advanced than Britain, such as Germany’s Friedrich List, the 19th century’s most influential economic theorist, argued that free trade could only be a goal rather than the starting point of modern development.

Economic self-strengthening for nations required that they protect their nascent industry until it becomes internationally competitive.

Notwithstanding Britain’s rhetoric, which periodicals like the Economist amplified, it had arrived at free trade after a successful policy of tariffs. It also used military power to acquire foreign markets for its surplus goods and capital.

In the late 19th century, one aspiring power after another set out to match the British; the Americans were not alone. Italy, while seeking to modernize its economy, imposed massive tariffs on France. Germany and Japan nurtured domestic manufactures while trying to shield them from foreign competition.

Even Britain, following its settler colonies Australia, Canada and South Africa, came to abandon free trade by 1932. The United States’ protectionism peaked with the infamous Smoot-Hawley Tariff Act of 1930.

The US moved swiftly to embrace free trade after World War II only because its manufacturing industries, dominant over the world’s war-ravaged economies, needed access to international markets.

Even then the Cold War’s military and diplomatic urgencies turned the United States into an unlikely protector of Japan’s manufacturing industries as they were rebuilt into world-beaters. Trade practices of the kind deemed unfair by Trump today -- ranging from loans and subsidies to national conglomerates and restriction of imports -- were key to the rise of not only Japan but also such East Asian “tigers” as South Korea and Taiwan.

Trying, albeit much less successfully, to build a manufacturing economy, India imposed some of the world’s highest tariffs. After a short-lived experiment with trade liberalization, which resulted in a $53 billion trade deficit with China, India today has retreated into its old protectionist crouch.

It is hard to see what else it can do. The rise of China as a manufacturing powerhouse has made even the United States renounce the posture of international cooperation it assumed after World War II.

The multilateral institutions such as the World Trade Organization that the US helped set up no longer seem to serve its purposes. Moreover, the argument, first widely heard in the US during the debate over NAFTA in the 1990s, that free trade enriches the wealthy at the expense of the poor and the middle class, not to mention the environment, has become politically much more potent.

It is clear today that the advocates of free trade ignored for too long the volatile political problems rising from wage stagnation and income inequality. Upholding the economic law of “comparative advantage,” they also managed to downplay the higher law that governs international economic relations: might is right.

Following the British “imperialism of free trade,” powerful countries have consistently practiced what they denounce in others. For instance, the United States, while insisting that other countries reduce state intervention, has nurtured high-tech industries in ways that violate WTO agreements (and which are shielded from sanction only by the fig leaf of defense requirements).

The bluff of free trade, first called in the 19th century by an industrializing America against Britain, lies exposed yet again as China aspires to be the 21st century’s new hegemon. Free trade turns out to be something that helps a rising great power, until it doesn’t, and which most countries claim to practice while trying to subvert its principles as much as possible.

Trump’s trade wars are, of course, dangerously reckless in a world more interconnected than ever before. But they have served to clarify the challenge ahead: to devise multilateral institutions that acknowledge protectionism rather than free trade as the deeper and more enduring reality of global economic history.