B. D. Graft of Instagram fame questions ownership of images in Seoul exhibition


Graft is an Amsterdam-based German artist who has become popular for the yellow collages on his Instagram page.

The Instagram influencer-artist is holding an exhibition at a space owned by local fashion brand Mutemuse, located near Seoul Forest in Seongdong-gu, Seoul. “The Art of Yellow” marks the artist’s first exhibition in Asia.

Graft began making collages in 2013 and started posting them on Instagram in 2015 for the same reason that many others post their stuff. In the beginning, it was a very slow process, Graft said during a press conference held June 3 at Mutemuse’s exhibition space.

Even two years ago, he only had around 10,000 followers. But since then, all of a sudden, that number has increased exponentially to almost 80,000, he said.

As his works got more exposure and attracted many “likes,” the artist was sought after by design brands and exhibition venues.

“Perhaps my yellow catches the eyes of the viewers,” said Graft when asked his thoughts on why his Instagram numbers increased so drastically.

Bright yellow has a strong presence in his works, particularly in a project titled “Add Yellow,” in which he takes an existing image and adds bits of yellow to it. 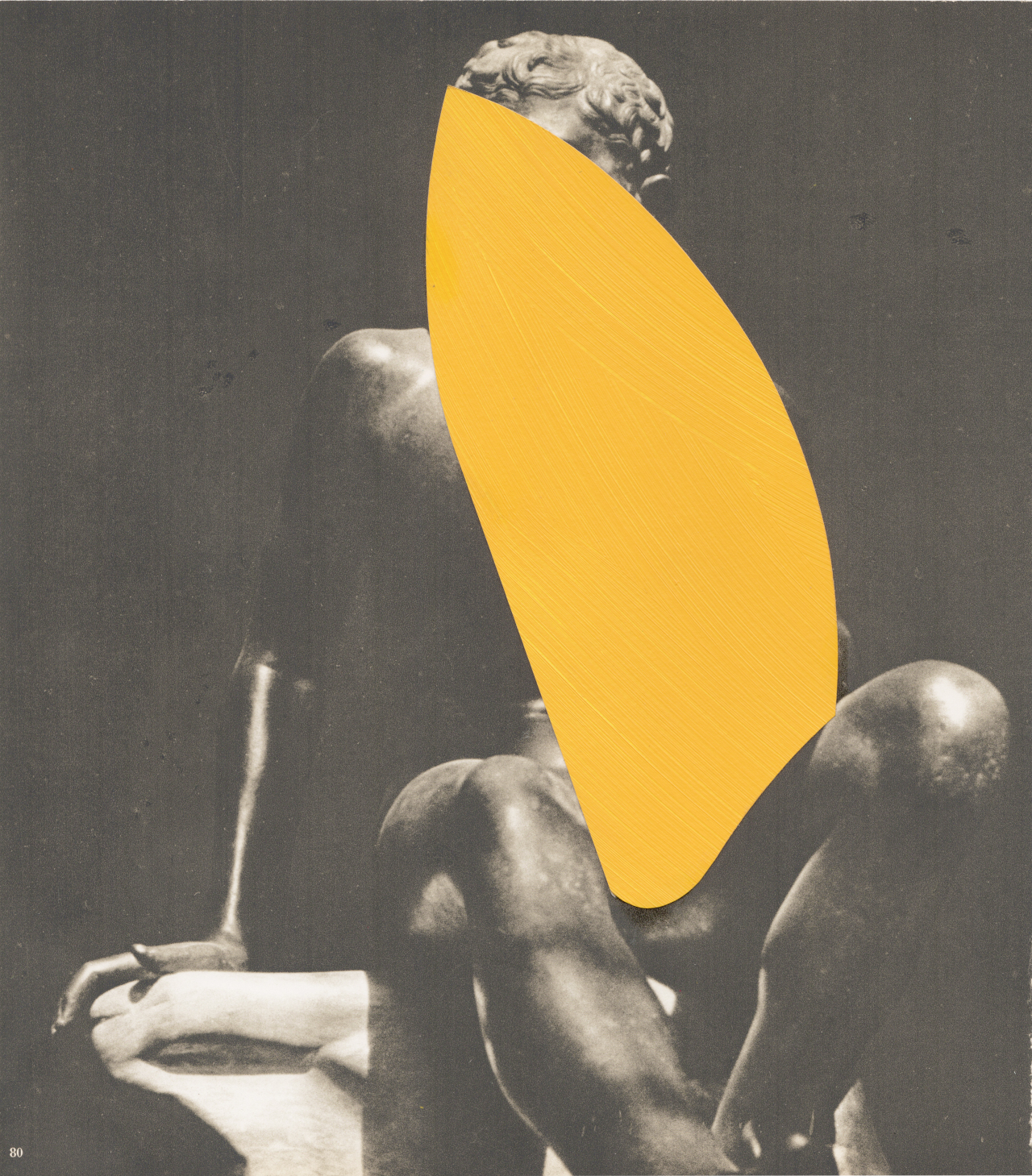 The artist said he begins a project by going over various materials to find the right image to work on. When he finds it, he starts his collage. Graft uses Azo Yellow paints on paper, then cuts out shapes and places them over the pictures and shapes printed on the paper. He also directly paints over some images.

Why yellow? The artist said he chose yellow not just because he found it eye-catching, but also because it seemed neutral in terms of meaning.

Graft’s “Add Yellow” series took off with a rather simple question: “Is it mine if I add some yellow?”

According to Graft, his yellow reproductions of existing images raise a question about art and ownership. Graft added that the question is more relevant than ever before because everyone reproduces or reposts images via social media in this digital age.

The exhibition introduces some 70 works, including collages and paintings.

“Crowd” (2019) is a new work created for the series, in which the artist took a photo of a crowd, cut out the faces and filled them in with yellow. The piece is one of three works produced in collaboration with Mutemuse. 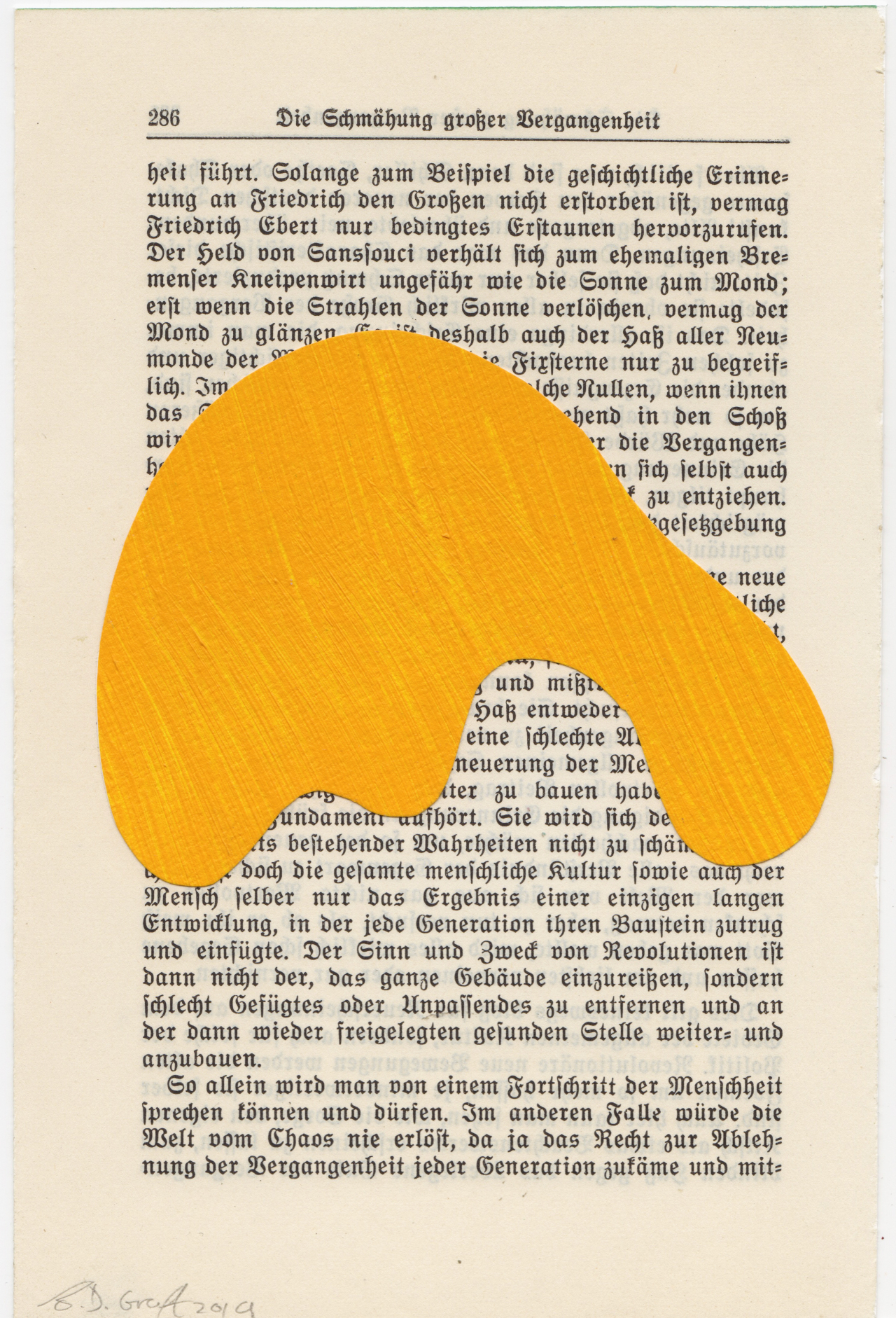 Also on view at the exhibition is his yellow version of famous furniture designer Gerrit Rietveld’s “Red and Blue Chair.”

Asked if he had found the answer to his initial question, Graft said “No,” adding that once he finds the answer, the project will be over.