The Korea Herald is publishing a series of articles and videos about some of the most expensive and fascinating landmark office buildings in Seoul. -- Ed.

Opposite Seoul Station, a central hub for the nation’s railway, stands a massive 23-story building the color of red brick.

Befitting its grand presence and central location, the edifice is called Seoul Square. With a gross area of 132,806 square meters, the building not only brings in hefty rents but also represents a chapter in South Korea’s dynamic conglomerate history.

Built in 1977, the property was previously home to Daewoo Group, a once-powerful conglomerate that collapsed under heavy debts in the late 1990s as a result of the Asian financial crisis.

The location also served as the filming location for the popular webtoon-based television series “Misaeng” in 2014. The show depicted the work environment within a trading company modeled after Daewoo International -- the group’s trading arm, now an affiliate of steelmaker group Posco.

After Daewoo Group’s exit, Kumho Asiana owned the building for 10 years before selling it off to Morgan Stanley in 2007 for 960 billion won ($851 million). But the global investment bank suffered heavy losses in the wake of the financial crisis, when many units stood empty.

It took an extensive round of remodeling in 2010, which cost around 120 billion won, to shore up the value of the real estate.

The beneficiary was the next owner, Singapore-based real estate investment manager Alpha Investment Partners, which bought the property in 2011 for 800 billion won, representing a sizable loss for Morgan Stanley.

Currently, Seoul Square’s long-term tenants include prominent companies such as German carmaker Mercedes Benz and office space-sharing platform WeWork, as well as foreign government institutions such as the German Embassy in Korea and the European Chamber of Commerce in Korea. The building’s vacancy rate as of end-August was in the 2 percent range. 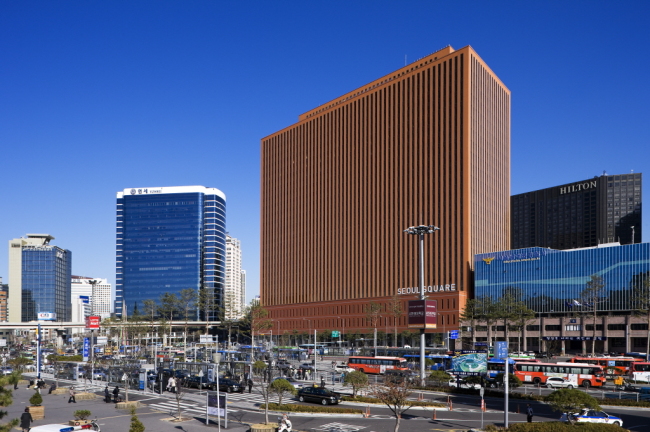 Well aware of the building’s profitability, NH Securities came forward as the aspiring new owner in September, signing a purchasing deal as a priority bidder at around 1 trillion won. The brokerage firm is expected to wrap up the transaction by the end of this month.

Also, the surrounding neighborhood is likely to benefit from the city’s midterm urban development projects. Favorable variables include the 2025 City Restoration Strategy Plan and the ongoing construction of the GTX, a high-speed railway cutting across Seoul to connect the northwest and southeastern parts of Gyeonggi Province.

To view the video version of this article, visit The Korea Herald’s website or its YouTube channel. 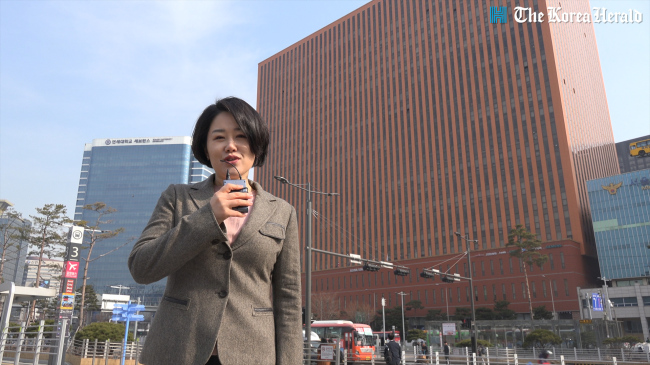