[Monitor] Construction for GTX Line A begins, to open in 2023 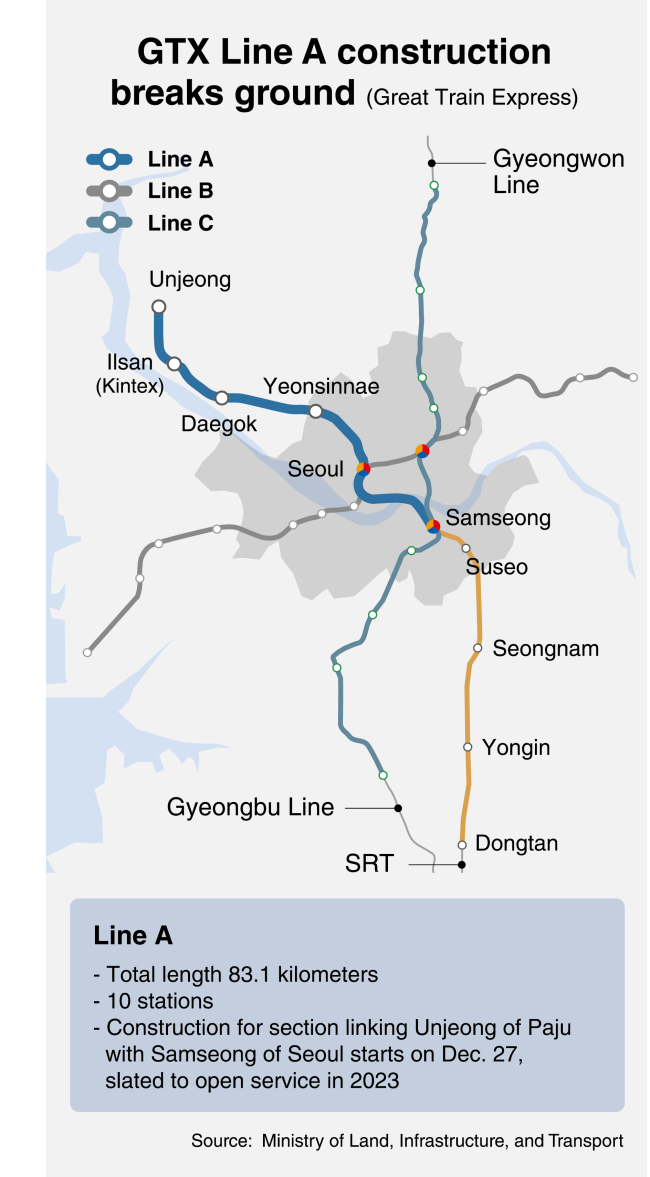 Construction of the northern section of Great Train Express Line A was set to break ground Thursday, according to the Ministry of Land, Infrastructure and Transport on Tuesday.

GTX, linking southern and northern Gyeonggi Province with Seoul, is a high-speed train service designed to shorten the time for residents commuting from the outskirts of the capital area to central Seoul.

The express train will travel at a maximum speed of 180 kilometers per hour, 40 meters underground.

GTX Line A, the first to start construction among three lines, is an 83.1-km section connecting areas from Unjeong of Paju in northwest Gyeonggi Province across Seoul to Dongtan in the southeast of Gyeonggi Province. The line will pass through 10 stations at an average speed of 100 kilometers per hour.

The southern section of Line A, spanning from Seoul to Dongtan, commenced construction in March.

The groundbreaking ceremony is to be held at Kintex exhibition center in Goyang, Gyeonggi Province, Thursday afternoon.