Ranging from media spokespersons to experts, entrepreneurs and interviewees, people often share their fond memories of the newspaper when I introduce myself.

Here are some instances that I can recall: “The Korea Herald -- when I saw a person on campus in college carrying the newspaper, I could tell he or she was an elite student”; “I read The Korea Herald in my college days, too”; and “To anyone back in the school days, subscribing to The Korea Herald was one of the best choices to improve foreign language skills.”

As much as I appreciate their words, it also brings about a sense of wistfulness, especially as the 65-year-old media outlet celebrates its landmark 20,000th issue on Friday. 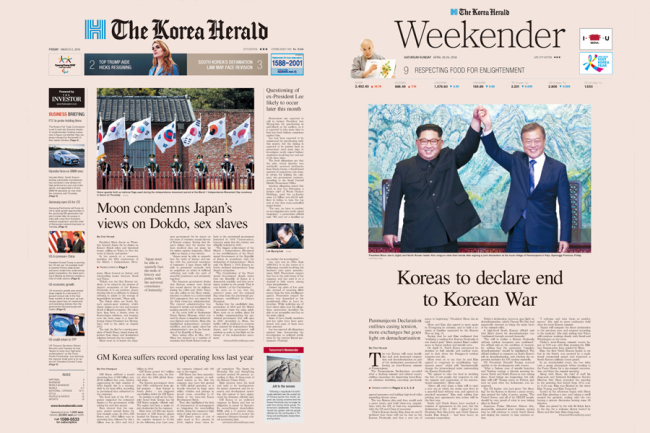 I regret the distance unwittingly kept between ordinary Koreans and The Korea Herald, and the way the paper is sometimes perceived as one that is exclusively for those who are fluent in English. I also regret the way that the language used by The Korea Herald with the intention of breaking barriers between Korea and the world, instead, acts as a barrier.

To me, as an avid reader that has become a reporter of The Korea Herald, each paper delivered is more than just foreign language material.

It goes without saying that the English-language articles are proofread in a multilayered process before being published. The Korea Herald’s editorial team comprises staff who are bilingual and strive to deliver the nuances of Korean and English.

But more importantly, The Korea Herald is a local media outlet with a history of following journalism principles. The paper has the added task of explaining the background of national affairs and Korean jargon for those who may not be familiar with them. 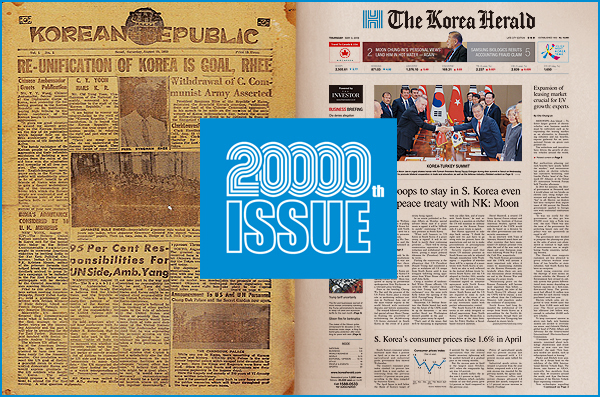 It is also the newspaper’s job to convince non-Korean readers who may not be familiar with a certain Korean issue or an aspect of Korean culture why these should matter to them. To Korean readers, it offers an objective view of how the country’s affairs are perceived.

The Korea Herald serves a wide range of readers, from diplomats and experts to offshore investors, K-pop fans and last but not least, expats and visitors in Korea.

Playing the role of a “gateway to Korea” is not easy, but The Korea Herald is keen to keep expanding its reach.