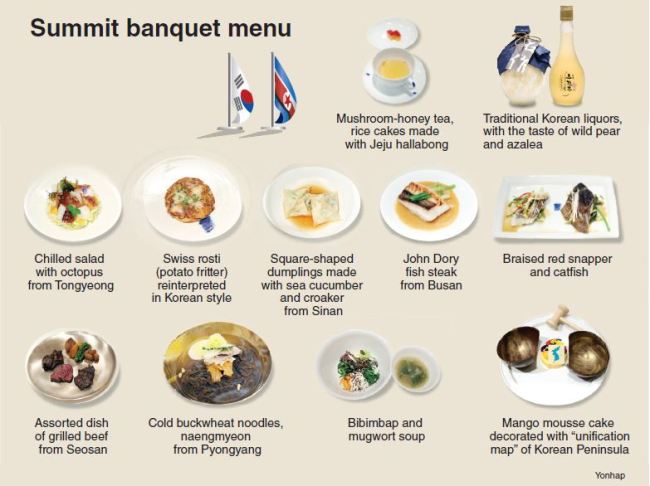 Some of the dishes served at the summit banquet pay homage to the people who strived for the peace and reunification of two Koreas, such as chilled salad made with octopus from Tongyeong, the hometown of internationally acclaimed composer Yun I-sang. Dumplings and bibimbap, prepared with ingredients from the birth towns of the two late presidents -- President Kim Dae-jung and President Roh Moo-hyun -- who visited Pyongyang for previous summits, were served.

Swiss-inspired dishes were presented as well, reflecting North Korean leader Kim Jong-un‘s youth spent in Switzerland, including Korean interpretation of rosti and Swiss sweets. John Dory steak from Busan, the birth town of President Moon Jae-in, is actually fish from the region which is considered a great delicacy in Europe.