Among the four apps, users spent the longest time on YouTube. They spent a total of 25.7 billion minutes on the app in February 2018, which far outruns the total time spent on the other three apps during the period.

YouTube was also the only app among the four to see a significant jump in its total usage time over the past two years. 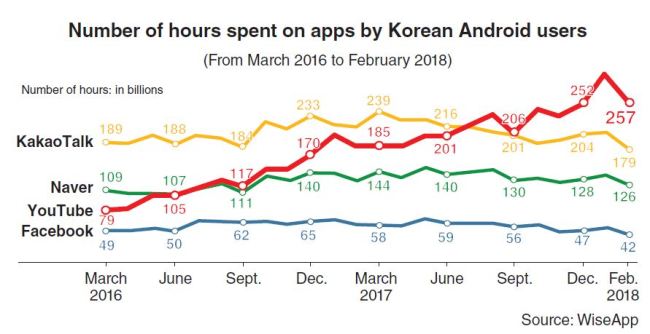 In Korea, KakaoTalk is the most widely used mobile messaging app, while Naver is the dominant search engine and web portal used by a majority of the population, above Google.

Meanwhile, Facebook is the country’s most popular social networking site and YouTube is the top video-sharing platform used by locals.