“This Christmas - Winter Is Coming” 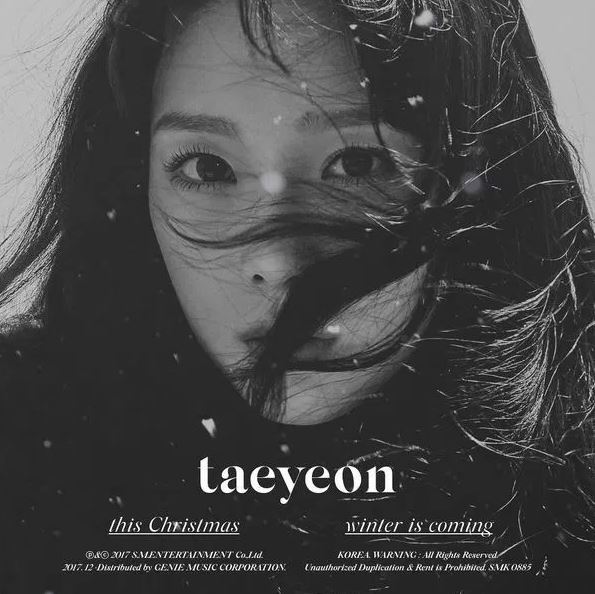 Who would have imagined that songs by a member of Girls’ Generation would be the perfect fit for the festive Christmas spirit? Also a soloist, Taeyeon’s breezy and sugary voice has always been appreciated by K-pop fans. And combining such a dulcet voice with the holiday season has resulted in the most sophisticated Christmas tunes of this year.

“This Christmas - Winter Is Coming,” Taeyeon’s first seasonal effort, is not like Mariah Carey’s classic “All I Want For Christmas.” Instead of jingle bell sounds and flamboyant upbeat synths, the eight-track album is drenched in the singer’s calm and undeniable vocal prowess, an instrument on its own.

The album kicks off with “The Magic of Christmas Time,” an English song that instantly reminds one of a scene from Disney’s animated film “Frozen.” Taeyeon’s singsong voice soothes listeners’ hearts and magically invites them to the winter wonderland that has the singer in it surrounded by sparkling snowflakes. The singer is then brought back down to earth with the lead track “This Christmas,” a poignant ballad which shows the range and depth of her vocals.

The song, which reminisces about past Christmas days, is carried by the full-on orchestral sound, but Taeyeon’s distinctive voice flows and glows atop the grand background. Now, enough with crooning, says the singer. What is Christmas without upbeat energy? Taeyeon gives out her cheerful holiday vibe through “Let It Snow” and “Candy Cane.” Rhythmic guitar strums start the musical-themed “Let It Snow,” which is followed by the soulful swing of the hook. Then “Candy Cane,” sprinkled with jingle bell sounds and rich wind instruments creates an even more joyous mood.

“Christmas Without You” is another groovy pop ballad similar to “This Christmas,” while in “Shhh,” a mix of jazz and blues offers more sensual and seasoned sides of the singer. The holiday album rounds out with “I’m All Ears,” a special song dedicated to her fans, which has a less Christmassy feel but still wintery and romantic. Come to think of it, this winter must have been tough for the singer with the controversies surrounding her recent car accident. Maybe the album is her own way of getting through the cold winter as well.