By Shin Ji-hye
Published : Aug 7, 2017 - 18:33       Updated : Aug 7, 2017 - 18:33
LG Electronics appears to be finding it difficult to turn around its money-losing smartphone business this year. But the tech firm could retain the business if it seeks synergy with its new businesses, such as smart home appliances and connected cars, according to industry watchers.

Ahead of launching its flagship smartphone G6 early this year, the Korean tech giant was confident about turning around its smartphone unit during a conference call, after seeing losses for seven straight quarters.

After six months, when LG’s mobile unit posted an operating loss of 132.4 billion won ($117 million) in the second quarter, analysts cast doubt on the recovery. 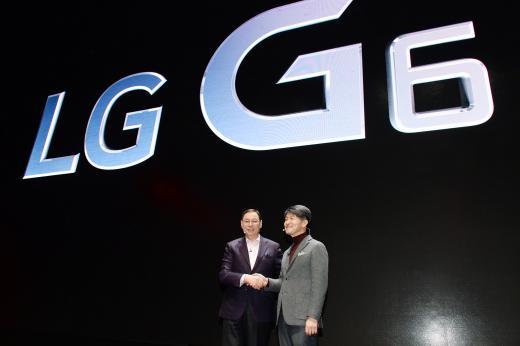 “LG will continue to reduce the losses to around 500 billion won to 600 billion won this year from last year’s 1 trillion won. Still, it will not be able to make a turnaround this year due to low brand value and less sales network,” said Lee Jong-wook, an analyst at Samsung Securities.

LG’s upcoming flagship smartphone V30, which is slated to debut this month, will also face tough competition against Apple’s iPhone 8 and Samsung’s note 8 in the US and Korea, which are LG’s main markets.

The Korean tech firm, however, is not likely to give up the money-losing business for the time being.

At the Consumer Electronics Show held early this year, LG Electronics Vice Chairman Jo Seong-jin said, “(The smartphone business) is something we must do despite current difficulties, due to increasingly complicated and smarter home appliances.”

LG’s home appliances launched this year are all controllable by smartphones via the internet. Users can turn devices on and off, monitor the energy use of appliances and receive notifications when they need to change filters.

Apart from home appliances, the firm’s smartphone business could create synergy with its fast-growing vehicle component unit. Currently, smartphone users are able to turn cars on and off via their devices. Tech firms plan to unveil further services including controlling lighting and heating at home while driving.

“LG will find it difficult to seek a major breakthrough in the current smartphone market already dominated by Samsung and Apple and becoming saturated by Chinese rivals,” said Seo Ki-man, an analyst at LG Economic Research Institute.

“However, things may change in the future when the firm is fully prepared for the future market, which will see a generational shift based on artificial intelligence,” he added.

According to the US research firm IDC, the global IoT market will grow to $1.2 trillion by 2020 from $737 billion last year, which saw a 17.9 percent jump from the previous year.