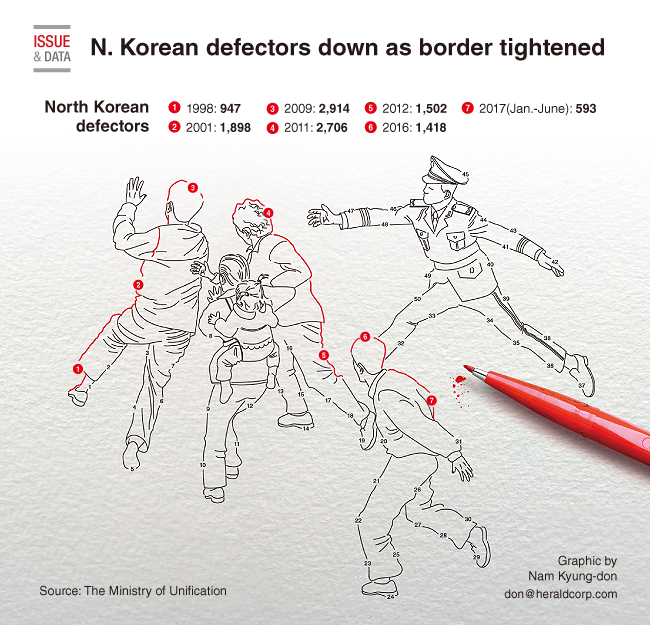 The number of North Koreans escaping to the South declined sharply in the first half of this year as Pyongyang strengthened controls on its border with China, officials said.

The DMZ dividing the Korean Peninsula is one of the most heavily fortified places in the world, and almost all defectors to the South go to China first -- where they still risk being repatriated if caught -- and then on to a third country before travelling to the South.

In the six months to June, 593 Northerners entered South Korea, down 20.8 percent from the same period in 2016, statistics compiled by Seoul‘s Unification Ministry showed.