[Monitor] More people move out of Seoul than move in 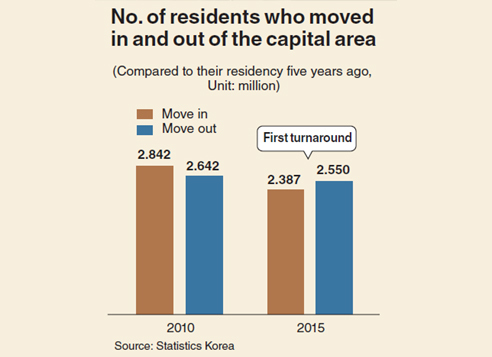 More people moved out of Seoul and the surrounding metropolitan area than those who moved in for the first time since the relevant tally was gathered in 1971, Statistics Korea said Thursday.

The number of people who were residing in the area that they were born in tended to decline until they were in their 50s, and started increasing as they turned 60, the data also showed.

The agency said that the rise in the number of people moving out of the capital region is due to relocations of people to Sejong City and other new towns, as well as the lease hike in Seoul.