By Korea Herald
Published : Apr 18, 2017 - 15:30       Updated : Apr 19, 2017 - 10:17
Amid Citibank Korea’s recent decision to close down 80 percent of its physical branches nationwide, industry insiders are waiting to see how this bold push for non-face-to-face banking will stir the domestic banking industry.

Citibank said slashing 101 branches is part of the company’s next generation of consumer banking strategy that emphasizes enhanced digital channels. 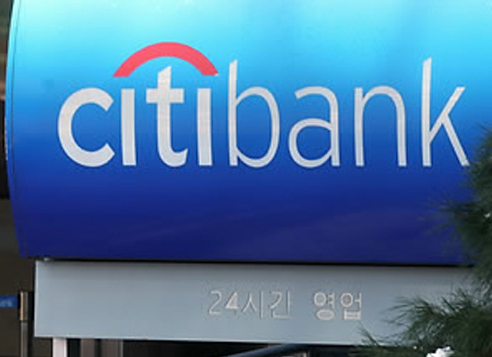 In lieu of physical bank branches, the local unit of the US corporation will be introducing its new Client Engagement Center, which is said to utilize diverse nonphysical channels such as internet phone, mobile applications and ATMs. The dramatic shift toward information technology convergence means only 32 Citi branches (including seven specialty branches) will remain nationwide.

According to a press statement by the company Thursday, more than 95 percent of all its customer financial transactions already happen via non-face-to-face transactions. The move is purportedly intended to help minimize the “hassle of visiting a branch and waiting.”

“In today’s world, the approach where we ask customers to come to a branch between 9 and 4 to get service no longer works,” said Brendan Carney, Consumer Business Head at Citibank Korea, in the statement.

“We need to extend banking services to be more accessible to customers wherever they are,” he continued. “Through our Client Engagement Center (Client Relationship Deepening Center) that is being introduced, we’re aligning our professional financial talent towards digital channels -- mobile and internet -- not simply creating a call center.”

The decision to slash its local branches comes amid controversy, however, as the company’s labor union is accusing Citibank of falsely claiming its restructuring initiatives are for digitization expansion. Members of the union, however, have publicly denounced the company as merely searching for a veiled avenue to reduce its workforce.

Citibank Korea had previously shut down 56 retail branches in Korea in 2014 following lackluster domestic profits that also resulted in the loss of 650 jobs under a voluntary retirement scheme.

Carney, however, reiterated that Citibank Korea does not have any plans for personnel downsizing during the digitization restructuring and claims the hundreds of discontinued-branch employees will be relocated to its Client Engagement Center or to its face-to-face Wealth Management and lending centers.

Regardless of the bank’s pledge not to lay off staff, the labor union has continued to criticize the company for plans to relocate employees to call centers, adding their doubts as to whether the company has enough openings to transfer hundreds of staff members.

“We will not be downsizing any personnel,” a Citibank official told The Korea Herald. “Citibank Korea will reinforce both non-face-to-face and face-to-face channels and our branch employees will go to (either) of them.”

“Face-to-face channels include three more big-sized Wealth Management centers staffing more than 100 financial specialists in one branch ... they will also go to non-face-to-face channels such as the Customer Engagement Center and Customer Relation Deepening Center,” she added.

The Citibank official also stressed the company’s stance that the new service centers are not merely call centers and assured high-ranking personnel members and financial experts who previously worked in physical branches would not be reduced to answering phones, but rather be tasked with a similar job description via a non-face-to-face platform.

Following Citibank’s bold move to weed out branches, industry experts are predicting the digital banking trend is likely to continue to spread across the country as domestic banks have also been ramping up their digital financing avenues.

On April 3, the country’s first branchless and internet-only bank, K bank, launched and attracted more than 100,000 new accounts in its first three days of operation.

Looking to remain competitive in the expanding digital banking market, many major Korean banks have been strengthening their mobile capabilities. Last year, KEB Hana Bank introduced a text banking service, while Shinhan Bank established its “Sunny Bank” mobile platform in 2015 that allows customers to open a bank account without ever having to visit one of its branches using mobile-identification technology.

“Going digital is not just a push that is occurring the banking industry, it’s the entire field of finance,” an official from Shinhan Bank told The Korea Herald. “Going completely digital is the way of the future, there is no avoiding it. Our CEO continues to stress the importance of online platforms and going more and more digital, so going offline is only a matter of time.”

“At this point it is not a choice, it’s a necessity (to remain competitive),” he added.

However, not all commercial banks are jumping on the bandwagon of Citi and Shinhan. According to KB Kookmin Bank officials, while the company is certainly striving for greater growth in the digital banking market, they have no immediate plans to make nonphysical banking its biggest priority.

“Everyone in the finance industry is going digital and has been for the past several years,” a Kookmin official told The Korea Herald, adding that banks’ policies and priorities differ depending on their customer base.

“Going digital or mobile is a way for us to provide more convenience to our customers. For those who cannot stop by the bank physically, there are many other options,” he added.

“But for us, we still stress the importance of offering our customers both offline and online banking options so right now we have no plans of focusing all of our attention on digital-only platforms.”