Foreign holdings of Hana Financial Group shares rose 0.9 percentage points during the past three months, from 64.8 percent in March to 65.7 percent in June. Foreign investors bought some 3.27 million of Hana stocks since mid-March. 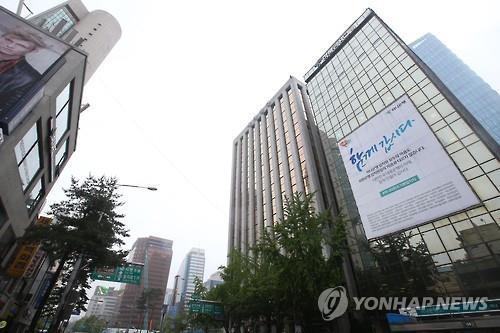 In stark to contrast, they are shunning stocks of KB Financial Group and Industrial Bank of Korea. During the same period, foreign investors’ holdings declined by 0.8 percent points for both KB and IBK.

Analysts point out that the rising foreign ownership of Hana shares comes as its subsidiary KEB Hana Bank reduced its amount of loans to large firms.

According to Daishin Securities, the lender’s loans earmarked for large firms in the second half of 2016 will account for 22.6 percent of its outstanding loans, down 12.1 percentage points from 34.7 percent in the first quarter.

“Credit risks related to large conglomerates are likely to be reduced as the banks seek to cut exposure to the firms significantly,” said Choi Jung-wook, analyst at Daishin Securities.

Some troubled Korean companies in shipbuilding, shipping and other sectors are currently undergoing restructuring as they have been hit hard by a slump in exports and sluggish local spending.

According to data from the Financial Supervisory Service, Korean banks’ nonperforming loans have soared to a 15-year high, reaching 31.3 trillion won as of end-March.