The plans for the phaseout are due to the country’s dwindling population.

As South Korea is technically still at war with North Korea -- the 1950-53 Korean War ended in an armistice, not a peace treaty -- all able-bodied men are mandated to serve in the military, ranging from 21 months to 24 months. 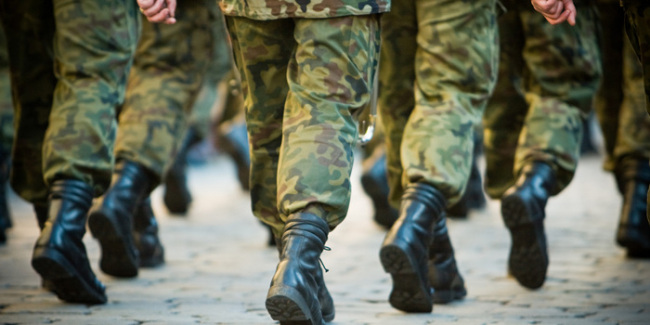 But an annual average of around 28,000 people are able to serve in alternative fields. The main beneficiaries are students from natural science or engineering majors who are allowed to continue research or work at institutes each year, but there are others allowed to assist in the jobs of police, the coast guard, firemen and other workers in public sectors.

The official explained that by requiring these men to serve in the military instead, the military will be able to resolve the shortage in soldiers.

The ministry stressed that the plan was not yet set in stone, and that it is still holding consultations with the public organizations that employ the conscripted.

Student councils of technology schools including the Korea Advanced Institute of Science and Technology said they plan to hold a signature-collecting campaign and press conferences in protest of the plan.

KAIST’s student council said that most of the school’s students will be affected by the change that they said would disrupt the continuity of their education and research, and negatively impact the entire field of science and engineering.

Past administrations have suggested abolishment of the alternative military service system, but such plans were thwarted mainly by financial restraints. Wages for the mandatory servicemen -- regardless of their field of work -- is around 178,000 won ($152) per month. The legal minimum monthly wage for a 40-hour-a-week job is 1.26 million won.