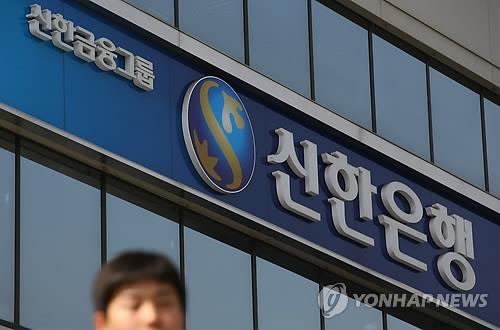 Shinhan also led the pact as the largest financial holding firm by asset.

The aggregate earnings of the seven companies -- Shinhan, NH, KB, Hana, BNK Financial, JB Financial and DGB Financial -- fell 12.3 percent from the previous year. The total shrank by 788 billion won to 5.59 trillion won. NH Financial swung to a net loss of 62 billion won in 2015 after setting aside 460 billion won in bad-loan provisions.

“The decrease is attributable to base effect, since the 2014 profits were buoyed by one-off factors such as bargain purchase gains related to acquisition of shares in new subsidiaries,” the FSS explained in the press release.

If proceeds from such one-off investment gains were excluded, the combined income of the seven groups would be about 500 billion won higher than the previous year’s level, the regulator added.

The combined assets of the seven grew 3.2 percent to 1,547.6 trillion won. DGB Financial Group, which runs Daegu Bank, saw the sharpest gain of 24.6 percent, thanks to its takeover of Woori Aviva Life Insurance last year.

Among nonbank financial holding companies, Meritz Financial Group was the largest, having grown its asset by 19.4 percent to 32 trillion won in 2015.

Korea Investment Holdings came second with 31.5 trillion won in assets, which was up 24.5 percent from the previous year.