The story follows Young-hee, a 13-year-old who moves to Korea and slips “Alice in Wonderland”-style into a fantasy world.

There her brother is taken hostage by a goblin, or “dokkaebi,” and she must enlist the help of Sanshin, the mountain spirit, and other characters from Korean tradition to get him back by finding a magical “pullocho” herb.

The book cleverly intersperses the main plot with classically presented Korean folktales, emphasizing the mythical nature of the characters and introducing them without too much clunky explanation.

“As I was writing the novel, I wondered how many of the references I was using would be understood by readers ― dokkaebi, Sanshin, Ungnyeo the Bear,” Russell said.

“I didn’t want to flood readers with exposition, so I got the idea of retelling relevant folktales between each chapter, to better familiarize people with the subject.”

As well as a fantasy novel, the book acts as a kind of cultural primer, introducing traditional Korean ideas along the way. But Russell, who has also written two nonfiction books on Korean pop music, said he wanted to avoid the trap of presenting Korea as weird or exotic.

“Of course, culture shock is a real thing, wherever you travel in the world, but I also wanted to normalize Korea, and to emphasize that people are just people. But at the same time, I really wanted my story to be fun and not preachy,” he said. 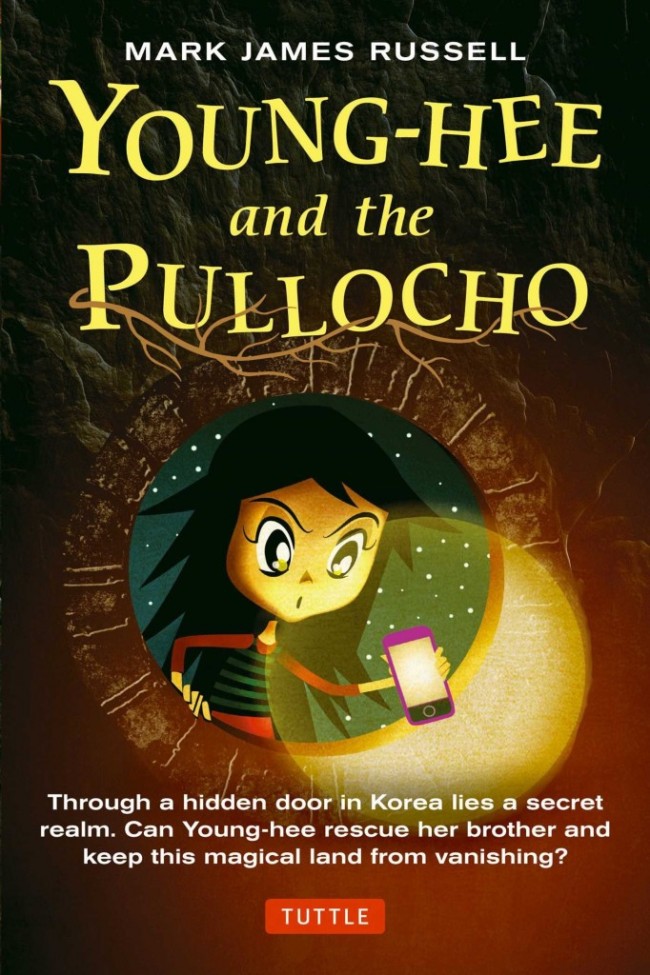 Having started incorporating folktales, he found that he could use the format to add depth, sometimes mirroring the famous tale, and sometimes subverting it.

“Sometimes I found some traditional stories contradicted other stories: Is Rabbit a hero or a troublemaker? Is Tiger dangerous or silly? So that was a fun space to explore.”

Looking at folk tales, it might seem odd that Koreans use tigers as a national symbol, as the animal is usually depicted as vicious or stupid. But Russell points out that this is not the only depiction, and others are quintessentially Korean.

“Sometimes folktales are supposed to be reassuring, and they tell us not to be so afraid of the dark woods. Other times, they remind us that scary, dangerous things really do live in the woods. Tiger tales reflect that,” he said.

“But for all stories of Tiger as villain or Tiger as fool, to me one of the most iconic images of Korean traditional culture is the painting of Sanshin the mountain spirit, sitting under a pine tree with Tiger by his side.”

In the novel, we see some of this. Tiger is initially spiteful, but later the reader is shown a different side of him as he joins young-hee on her quest.

Korean folktales also lack the moral compass that many of the most famous stories in the West have. But Russell points out that the original Western stories were not always so straightforward.

“At the same time, folktales are always changing to fit the times and the needs of the people telling them,” he says. “When you get into the “real” history of Western folktales, most of them have roots that are a lot darker or stranger than the cleaned up versions we were raised on.”

Korean stories have also been altered or influenced from outside, Russell says. But he maintains that the deepest influences are from ancient Korea, as reflected in the Sanshin and tiger image.

“The West has affected them a lot. China and Japan have had many influences. And Joseon Dynasty culture changed Goryeo, etc. It all piles up, constantly changing things,” he says. “But underneath it all, I think the mountains and shamanism are the deepest influences.”