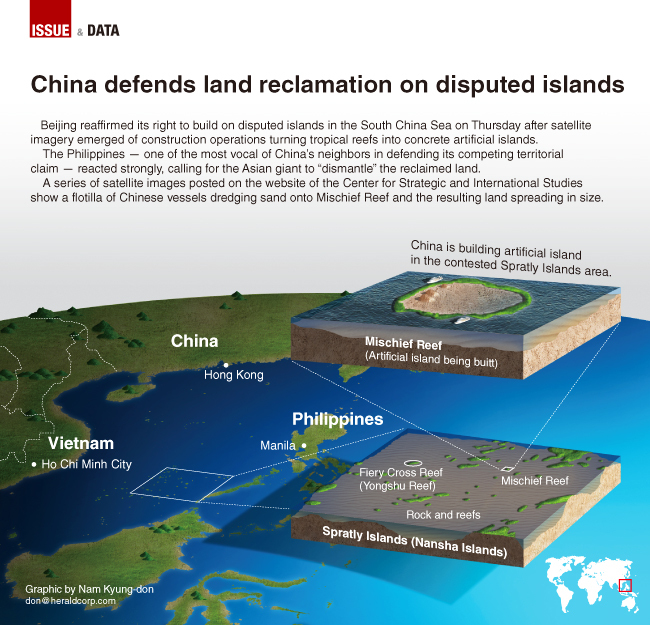 Beijing reaffirmed its right to build on disputed islands in the South China Sea on Thursday after satellite imagery emerged of construction operations turning tropical reefs into concrete artificial islands.

The Philippines ― one of the most vocal of China’s neighbors in defending its competing territorial claim ― reacted strongly, calling for the Asian giant to “dismantle” the reclaimed land.

A series of satellite images posted on the website of the Center for Strategic and International Studies show a flotilla of Chinese vessels dredging sand onto Mischief Reef and the resulting land spreading in size.