Following is the first in a series of articles on Japan’s wartime sexual enslavement of Asian women on the occasion of the 61st anniversary of the foundation of The Korea Herald on Aug. 15. – Ed.


On Aug. 14, 1991, a feeble yet upright old woman stepped forward for a historic news conference in Seoul. In front of a crowd of reporters and a flood of flashlights, she surprised the world by declaring that she was a sex slave for the Imperial Japanese Army during World War II.

“Why do they (the Japanese government) lie that we don’t exist even though I am right here? This should now be straightened out,” Kim Hak-sun, then 67, told the media.

In 1941, while travelling with her stepfather in Beijing, the 17-year-old Kim was snatched by a group of Japanese troops and taken to a Chinese town. 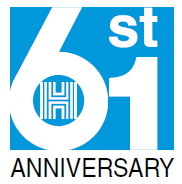 She was raped that night, which was the start of an ordeal in a military brothel that lasted months. Rejection or attempt to hide was punished with a beating. The following year Kim managed to escape with the help of a silver coin peddler from Pyongyang.

Kim was the first-ever “comfort woman” to come forward to the public to reveal Japan’s egregious war crimes against women.

Historians estimate that 200,000 Asian women, mostly Korean, were coaxed and coerced into sexual servitude during World War II. The Abe administration still refuses the victims’ demand for a formal apology and state compensation. Despite a plenty of evidence and testimonies, Japanese conservatives deny they were forcefully mobilized and that the imperial government was involved in the crime. They call the “comfort women” voluntary prostitutes.

Kim’s revelation helped launch what is now an international movement against an unrepentant Japan. A number of other victims followed suit shedding light on their lurid lives that may have otherwise been buried in the mists of history.

“It was as if she was an independence fighter,” recalled Rep. Lee Mi-kyung of the New Politics Alliance for Democracy. “She was not a bit nervous before the crowd no matter how large it was. She was always in high spirits, her eyes shining.”

Lee is a former manager of the Korean Council for the Women Drafted for Military Sexual Slavery by Japan. The organization was established in 1990 as a coalition of 37 women’s rights groups.
Kim Hak-sun died in 1997 at age 73. Her savings of 20 million won were donated for the underprivileged, in accordance with her will.

Her testimony was a “great catalyst” to the movement against Japan’s sexual slavery at a time when it suffered from a lack of firsthand evidence, said Kim Hye-won, the founding secretary of the council.

“We knew the victims were there, but as no one stepped forward, Japan was defiant and our campaign was losing steam. That was exactly when she stood up -- it had a megaton-range impact,” the retired activist said.

An ensuing series of testimonies changed the general perception of the victims of sexual abuse in a society that had traditionally shied away from raising the issue of sexual violence, she added.

Historical records, news articles and other publications pointing to the Japanese military’s involvement in setting up frontline brothels were discovered in Korea, Japan, China and elsewhere.

In line with a law passed in 1993, the Korean government began taking applications from the victims to provide financial and administrative support. School textbooks were also mandated to carry clearer and more detailed accounts of the issue.

Since then, an additional 237 people have registered themselves as former comfort women. Fifty-five of them are alive, with their average age at 88.4.

After losing a lawsuit in Japan, Kim and other victims and their supporters launched a weekly protest in 1992 outside the Japanese Embassy in Seoul.

Last Wednesday, about 2,000 people rallied outside the Japanese Embassy on the 1,139th Wednesday Demonstration, which is recorded as the world’s longest running protest.

Kim Bok-dong and Kil Won-ok, survivors aged respectively 89 and 86, dropped at the embassy a box filled with some 1.5 million signatures collected from 92 countries calling for Japan’s resolve to close the dispute.

On Thursday night – the World Comfort Women’s Memorial Day which marked Kim Hak-sun’s landmark testimony – some 900 people took part in a candlelight vigil in front of the Seoul Station.

“I was 13 years old and roaming around Pyongyang like a bird flying over the playground. … Who knew the journey that I took to help pay my dad’s petty overdue jail fines would lead to a life that was so painful that it was no better than death,” a poised yet dignified Kil told the crowd.

“I am no longer ashamed. … Now is the time for Japan to apologize and compensate.”

The sexual slavery has been a thorn in the relations between Seoul and Tokyo, along with Japan’s alleged historical distortions in its school textbooks, Japanese leaders’ visit to the controversial Yasukuni war shrine, and its repeated claim to Korea’s easternmost islets of Dokdo.

In 1993 Tokyo conducted a monthslong investigation into the issue in response to growing pressure from Asian neighbors. In August, then-Chief Cabinet Secretary of Japan Yohei Kono acknowledged and apologized for operating “comfort stations” and forcing women to provide sex to the Japanese Imperial Army during World War II.

Two years later Prime Minister Tomiichi Murayama delivered another statement to coincide with the 50th anniversary of the end of the conflict. He apologized for the country’s “colonial rule and aggression,” calling it an “unquestionable historical fact.”

Japan created a private fund, called the Asian Women’s Fund, to provide some 360 survivors in Korea, the Philippines, Taiwan and the Netherlands with publicly raised indemnity valued in total at 565 million yen ($5.5 million) and state-backed health care support worth 750 million yen.

But the Korean victims refused to accept the private money as it suggested that the Japanese government was only morally responsible.

Tokyo argues that its legal responsibility was already accounted for through the 1951 San Francisco Peace Treaty with Allied Powers and a bilateral 1965 accord that normalized its diplomatic ties with Korea.

The Korean government came forward more assertively after the Constitutional Court ruled in August 2011 that it was unconstitutional that the government was not actively seeking to resolve the reparations issue even though it was entitled to do so under the 1965 pact.

The ruling prompted an about-face in then-President Lee Myung-bak’s “practical” diplomacy, which had focused on economic cooperation with Japan and a trilateral security partnership with the U.S.

Seoul set up a special task force and twice proposed bilateral talks with Tokyo later that year, though the Yoshihiko Noda administration brushed it off.

A civic campaign to force Japan to face up to its past wrongdoings also gained momentum. In December that year, the council on sex slavery erected a bronze statue of a seated girl as a tribute to the comfort women opposite the Japanese Embassy in Seoul. The erection marked the 1,000th week of the Wednesday Demonstration.

Days later, Lee flew to Tokyo and had a summit with Noda, calling for a “political determination at a greater level, beyond working-level thinking.” But the mood was frosty, with no progress made on the sex slavery issue.

The two governments nonetheless managed to float some ideas on ways to end the dispute in early 2012. Proposed by then Japanese Vice Foreign Minister Kenichiro Sasae, one scheme envisaged a package of solutions that would involve a letter to the victims by the Japanese premier, a face-to-face apology by the Japanese ambassador to Korea, and financial support as humanitarian measures.

Despite domestic criticism, Seoul sought to push ahead with the plan, on the condition that Japanese officials would not publicly disavow the deal as they had often done before the parliament, according to diplomats who oversaw the process here.

Tokyo officials rejected the demand. The negotiations broke down eventually.

A series of blistering diplomatic swipes followed. After Lee visited Dokdo in August 2012 for the first time as the Korean president, Noda revived Japan’s 1954 call to take the territorial issue to the International Court of Justice in the U.N. General Assembly.

“National interests aside, domestic political pressure was one of the chief drivers of the so-called Sasae formula on both sides, but at the same time it limited their diplomatic options,” a retired Seoul diplomat said on condition of anonymity due to the sensitivity of the matter.

The circumstances further deteriorated after Shinzo Abe, who publicly denied the Japanese government’s involvement in the sex slavery, took power in late 2012.

He adopted hard-line security and territorial policies and churned out revisionist remarks along with other ranking officials. Sworn in in February 2013, President Park Geun-hye is yet to hold a bilateral summit with Abe.

The Abe administration undertook a review of the Kono Statement, which concluded last month that it was not possible to verify that the women were forcefully drafted.

During a news conference in Seoul in April, U.S. President Barack Obama called the sexual enslavement of women a “terrible, egregious and shocking” violation of human rights.

U.N. high commissioner for human rights Navi Pillay, members of the U.N. Human Rights Committee, and other former and incumbent officials relayed criticism, urging Japan to change course and come up with a lasting resolution.

The survivors and activists are pinning hopes on the ongoing director-general-level talks between Korea and Japan, though they apparently have made little headway since their launch in April.

Many observers paint a bleak outlook for the consultations in light of Abe’s hard-right inclination and long-cherished ambition to cast off its post-war yoke.

Among the focal points are whether the sides can manage to find middle ground that is acceptable to the survivors and their families, and ensure that no Japanese officials will negate or water down the results.

The Sasae formula has also gained traction recently for its possible role in shaping the latest talks.

Despite the widespread argument about Japan’s legal responsibility, some officials and scholars here say that demanding “government-level” accountability will be more legitimate and realistic given the past agreements, and compensation should better be provided by Seoul.

“One of the difficulties is that we naturally think the negotiations should begin from where we were when the two discussed the comfort women issue last time (under the Noda leadership), while Japan wants to start from where we are now, even though Abe has been backpedalling on it,” one Seoul diplomat said.

Yet other officials expressed optimism about the “chemistry” between the chief negotiators, Lee Sang-deok, director general for Northeast Asian affairs at Seoul’s Foreign Ministry, and Junichi Ihara, director general for Asian and Oceanian affairs at Tokyo’s Foreign Ministry. They cited the two officials’ history of working together and deep understanding of the dynamics surrounding the issue and the two countries’ relations.