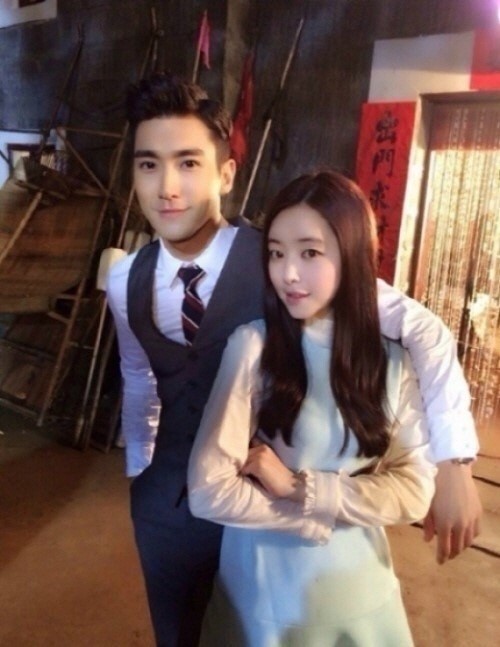 In the picture, Hong and Choi pose for the camera, and Choi has his arm around Hong’s shoulders.

“Yiwan Jichengren (Billion Dollar Heirs)” is a Chinese drama series to be aired in 2015.