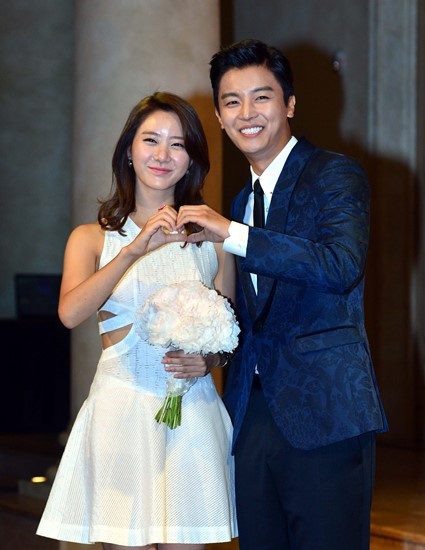 Actor Yeon Woo-jin and actress Han Groo talked about one another’s attractive traits during the press conference for their upcoming drama “Marriage over Love.”

During the conference held on June 26, the two actors were asked what they found charming about each other.

“I think Han (is charming) for her energy. She has a bright and optimistic personality and it helps (her) to work hard, too. Her real personality is very similar to her character in the drama,” Yeon said.

“When I first saw Yeon, I thought he was very different from the drama’s character. However, as time passed by, I was able to know that he had the ability to express the character’s charm,” Han was quoted as saying.

The two actors were selected as main characters for the drama. Han plays Ju Jang-mi, a woman who wants to get married and Yeon plays Gong Ki-tae, who hates the idea of getting married.

The upcoming drama “Marriage over Love” is to be broadcast on tvN starting from July 4.