In an effort to bolster fan service, baseball teams are eager to invite mainly female celebrities to throw an opening pitch.

The invited female stars have exercised their pitching forms before taking the mound, astonishing baseball fans with various styles and fashion.

This year, female idol group Crayon Pop became the pitchers for the game between KIA and Nexen in April. 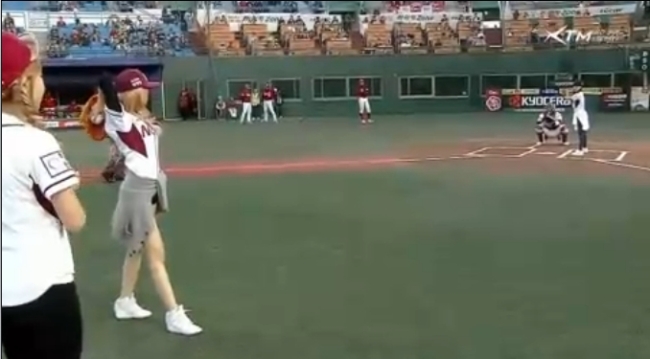 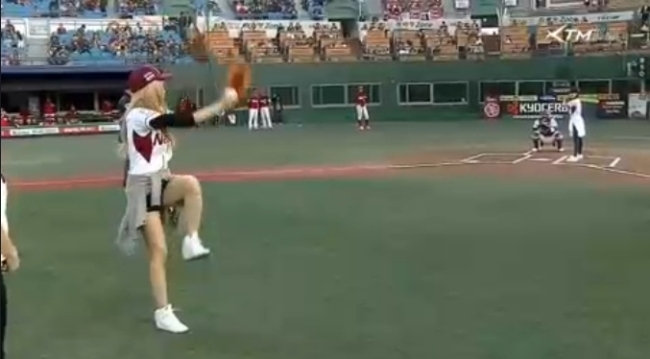 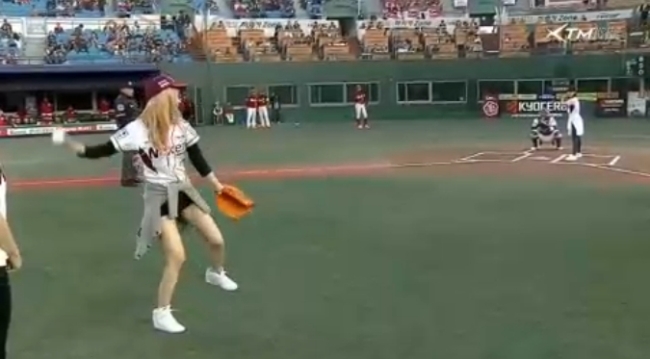 Two members of the group played the roles of pitcher and batter. They failed at a successful pitch and hit but received much applause from fans.

Fans’ attention to the opening pitch started to skyrocket after actress Clara showed up in sexy striped leggings last year, an event that made her an Internet sensation.

Actress Hong Soo-ah, on the other hand, did not focus on fashion. She instead showed the most perfect pitch style among female celebrities. Hong is renowned for her full knowledge of and interest in baseball.

Unlike many other celebrities, Girls’ Generation Tiffany boasted a sexy opening pitch with a cat headband and a beige skinny jeans.