The end of libraries? Sort of

Offline libraries trying to redefine their roles for the digital era

With the emergence of the digital age, however, people are turning away from traditional libraries.

The implication is ominous: People are reading far less than before. To cope with the harsh reality, Korean libraries are embracing digital platforms to win their old users back.

“Data from 2009 showed that out of seven major cities in South Korea, Incheon ranked last in the percentage of people who have read at least one book in a year, and fifth in total number of books that citizens read,” Son Myeong-Hee, an official from the Incheon Metropolitan City Library Association, told The Korea Herald.

The project is centered on the E-book Digital Library System, which provides Incheon citizens access to e-books anywhere, anytime. The e-book lending system works in two ways. Users can download the Reading City Incheon app to read e-books or they can find one of 23 “Smart Library” machines, swipe the QR code and “borrow” an e-book on their mobile devices. 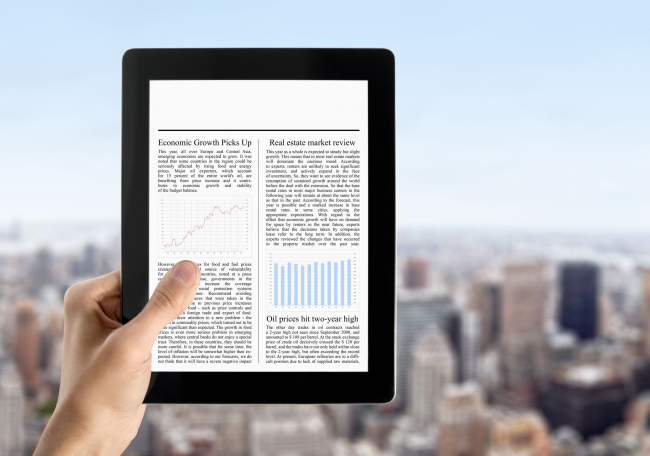 “Since we introduced the E-book Electronic Library System, the average number of books read by Incheon citizens rose from 1.4 books a month to 1.72 books. On an average day, 397 people borrow 682 e-books,” Son said.

While Incheon’s e-book lending system focuses on offering easy access to books, the state-run National Library of Korea emphasized the aspect of collecting and preserving information when establishing their own version of a digital library.

It is basically a digital version of the National Library of Korea, a repository of online and offline documents in South Korea. But it has the advantage as it allows users to find information with a few clicks. Another merit of the digital library is the three-dimensional images of ancient rare books, which anyone can access and are hardly ever made public in hard copy.

“We have digitized 97,256 of our 270,000 ancient books, some of which are kept away completely from the public eye, namely national treasures like Dongui Bogam,” said Cho Su-yeon, an official from the NLK’s public relations team. Dongui Bogam refers to a medical encyclopedia written by royal physician Heo Jun during the Joseon Dynasty.

While the NLK and IMLA turn analog content into digital format, Naver Library 1 is a perfect example of a company putting digital content into analog format.

Naver, the operator of Korea’s most-widely used Internet portal, opened the design and IT-themed facility in 2010. The physical library boasts some 24,000 books on IT and design from 29 countries, attracting tech-savvy readers.

Except for a few exceptions, the broader direction is toward digitalization. Professor Lee Jong-moon of the Department of Library and Information Science at Kyungsung University told The Korea Herald that the trend of digitization of libraries and books will quicken its pace in the future.

“For two reasons: It is economical and more convenient. E-books are easier to create and distribute, and are more accessible to readers because they can be read in a networked environment,” Lee said.

Despite the gloomy outlook, physical libraries will continue to function, he said. The key would be whether libraries can secure their expertise in filtering useful information and providing guidelines.

Many of the wooden shelves will be turned into digital bits and bytes, but libraries are likely to carry out important roles, only in a different fashion.

“From ancient times to modern society, libraries have always undergone restructuring. As paradigms (of reading) change, libraries will not fade away but will keep on changing themselves,” Lee said.