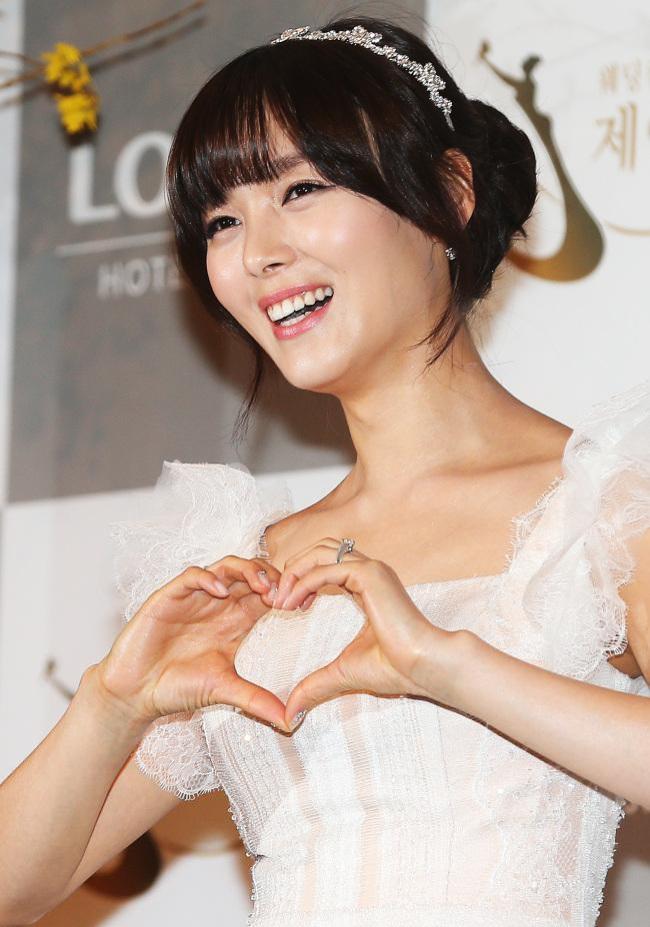 Sun-ye, a member of a popular K-pop girl group Wonder Girls, announced Thursday that she is three months pregnant.

“It (The pregnancy) entered its third month, so it is safe to announce the good news. Please pray for our baby’s health,” she said via Twitter.

Sun-ye said she and her husband had been “blessed with a honeymoon baby,” indicating that she conceived her child during her honeymoon.

The 24-year-old singer shocked her fans last year when she revealed her plans to marry Korean-Canadian missionary James Park. Most young celebrities in Korea hide their romantic relationships, and very few get married at such young age.

Some speculated that she may retire or leave her group, but her agency denied such rumors. During a press conference on her wedding day, Sun-ye said that she hopes to take the stage again.

“I don’t know when I will be back as part of Wonder Girls, but singing will be a lifetime thing for me,” she said.

Sun-ye and her husband are now living in Canada.