Korean horror-thriller to be released on Disney+ in December

Based on the Naver webtoon of the same name by Shin Dae-sung, the series begins with Jung’s character Dong-soo (Jung) being kidnapped by organ hunters. Although he manages to escape, he is unable to retrieve his eye that was pulled out by the organ hunters. He later discovers that his eye has been transplanted to a serial killer (Go Kyung-pyo) and chases after him. Mysteriously, Dong-soo and the killer are somehow connected after the organ transplantation which made Dong-soo see what the serial killer sees.

During the press conference held at Grand Josun Busan on Friday to celebrate that series being invited to the Busan International Film Festival’s On Screen section, actor Jung shared how he worked with the Japanese director.

The first three episodes of the six-part series premiered at BIFF on Thursday.

“Although there was an interpreter, I mostly communicated with the director with eyes and body language. I could feel the connection and catch what he wants without difficulty. Also, he knew exactly what I wanted to do,” Jung said.

Jung added that the only time when he felt a language barrier was when the director cracked jokes.

“Since I needed translation to understand his jokes, I could not respond instantaneously. He had to wait for my reaction while it was being translated. That was when I wished I could understand the language,” he said.

Jung also talked about what it was like to perform while wearing an eye patch.

“It made me dizzy. Performing action scenes with the eye patch was dangerous at times since I had no depth perception,” Jung said.

He added that although it was difficult, there was no big problem as the action scenes were thoroughly prepared beforehand through several rehearsals.

The Japanese director, who is also widely known to Korean moviegoers as the creator of the hit Japanese horror film “One Missed Call,” (2004) talked about how his first Korean-language series with Korea's Studio Dragon came about.

“When production company Studio Dragon said they had a project for me, I thought I would get to direct ‘Crash Landing on You 2,’” the director said jokingly.

Due to the pandemic, the director said the preproduction process took place via video conferencing with the Korean staff.

“When scouting locations, our assistant director showed me the site in Korea via Zoom. I worked with the art director that way as well,” the director said.

Also, the director noted that the conversation with Jung via Zoom before they started shooting was very memorable. 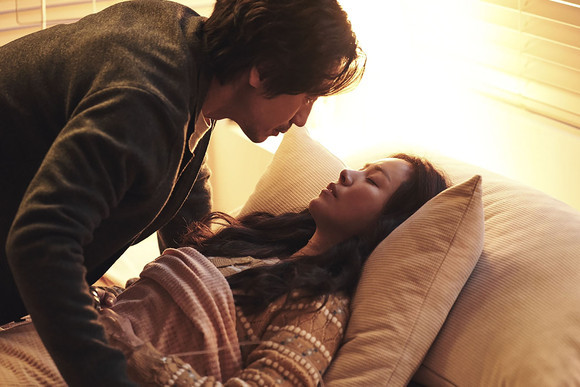 “I had some worries about the project and Jung Hae-in told me that he had my back no matter what. He also said I should do whatever I wanted. I could feel his support,” the director said.

“Connect” will be released on the streaming platform Disney+ in December.