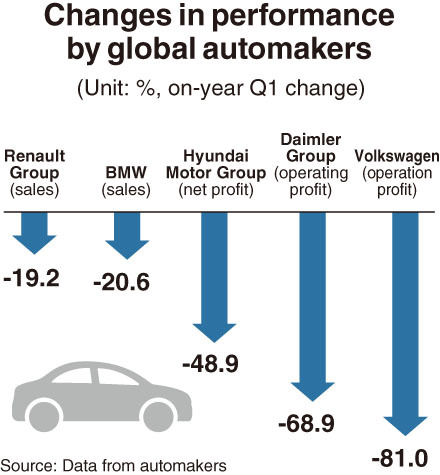 Sales and profits of global automakers declined over the economic impact of the COVID-19 crisis, market data showed Tuesday.

With European countries like France having gone into lockdown in the first quarter, French automaker Renault Group recorded 19.2 percent fall in their sales from January to February, compared to the previous year.

German automaker BMW also saw its sales dwindle by 20.6 percent, while other German carmakers Daimler Group and Volkswagen saw their operating profits plummet by 68.9 percent and 81 percent over the same period, respectively.

German automakers like Volkswagen have shut down most of their European assembly plants for two weeks.