Old and new: Restored Paik Nam-june masterpiece at MMCA to have mix of LED and CRT monitors 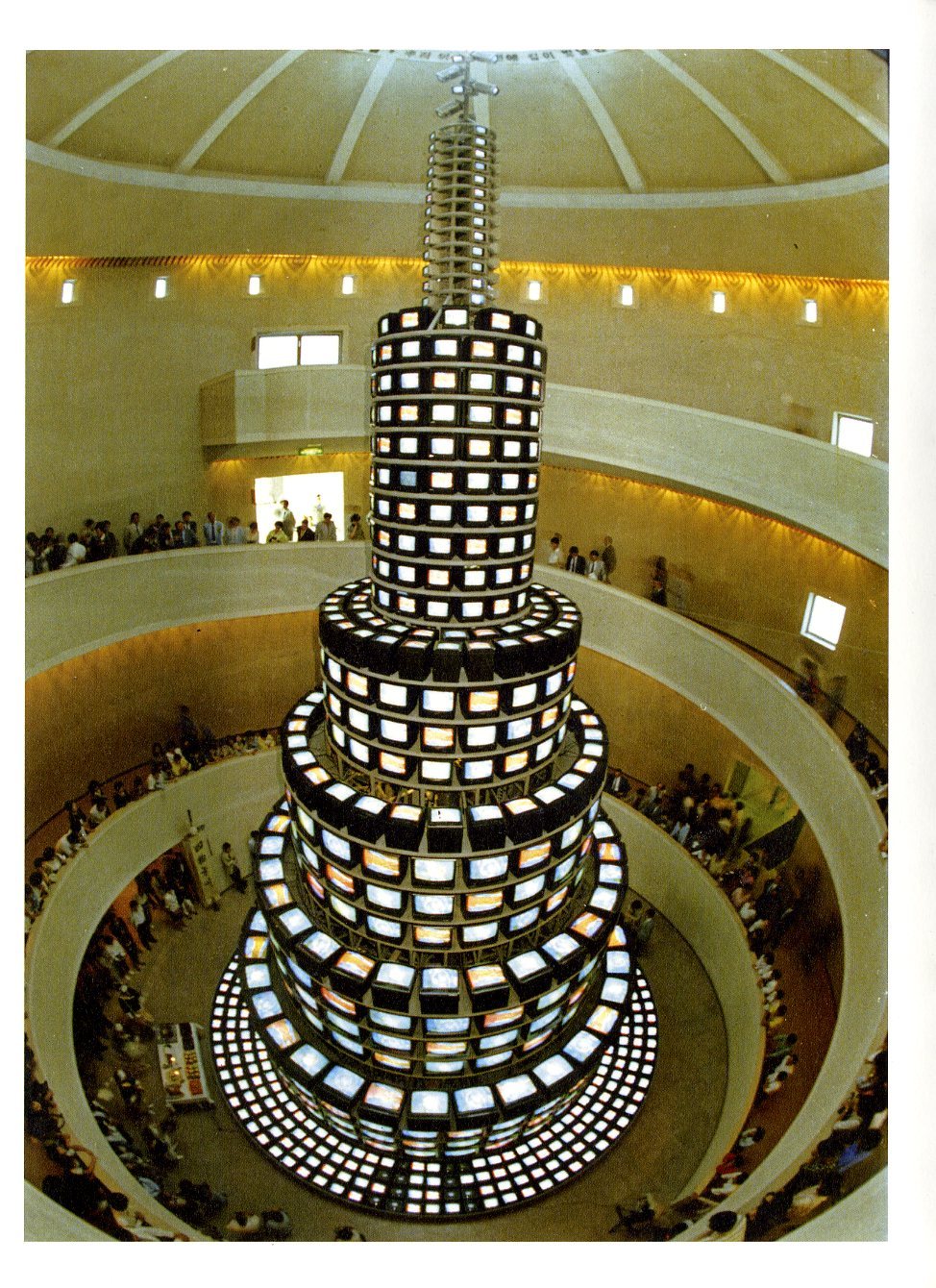 "The More the Better” by Paik Nam-june (MMCA)
The National Museum of Modern and Contemporary Art, Korea, first raised the idea of restoring video art pioneer Paik Nam-June’s largest installation work, “The More the Better,” after it was shut down in 2018 due to technical problems. The museum is conducting a three-year restoration project for the masterpiece, which began last year.

“We are replacing 268 CRT monitors, which are 6 or 10 inches, installed at the upper part of the video tower, with LED monitors. We will complete installing the new LED monitors by the end of December,” said Kwon In-cheol, media conservator at MMCA, during an online academic symposium streamed Friday. “We are also repairing the other 735 of the 1,003 CRT monitors.”

The museum announced its three-year plan to restore the five-story video tower in 2019, with the aim of keeping the artwork’s prototype. The main work referenced is Paik’s “Fin de Siecle II” at Whitney Museum, which consists of 207 monitors. It went through an eight-year restoration process, according to the museum.

“The More the Better” was installed in 1988 at the museum’s venue in Gwacheon, Gyeonggi Province, becoming the artist’s largest work. The online symposium, titled “What did ‘The More The Better’ bring to us?” is available on the museum’s official YouTube channel until Dec. 10.

Among the media art experts and overseas museum officials who shared their experiences at the symposium were Patricia Falcao, a time-based media conservator from Tate Modern in London; Peter Oleksik, an associate media conservator from the Museum of Modern Art in New York City; Joshua Churchill, collections technical assistant manager from the San Francisco Museum of Modern Art; and Dorcas Muller, chief of ZKM Antiquated Video Systems Laboratory in Karlsruhe, Germany.

Lee Jung-sung, a technician who worked with Paik on the video tower, said the restoration of the masterpiece requires much discussion because the repair of digital art works has a relatively short history.

“No guidelines have been established for media arts. We are ‘creating’ them as we conserve and restore ‘The More the Better.’ Therefore, the MMCA is doing very significant work,” Lee said.

While noting that some people who wished to replace the cathode ray tube monitors with light-emitting diode monitors may be unhappy with the museum’s decision to maintain the prototype, he said technology continues to advance and that flexible LCD monitors will become more affordable in the next 10 years.

“One day, he (Paik) visited me and asked if I could join him in creating a video tower with 1,003 monitors. It sounded absurd at first, but it became a turning point in my life. I did not even know about media art back then,” he recalled.