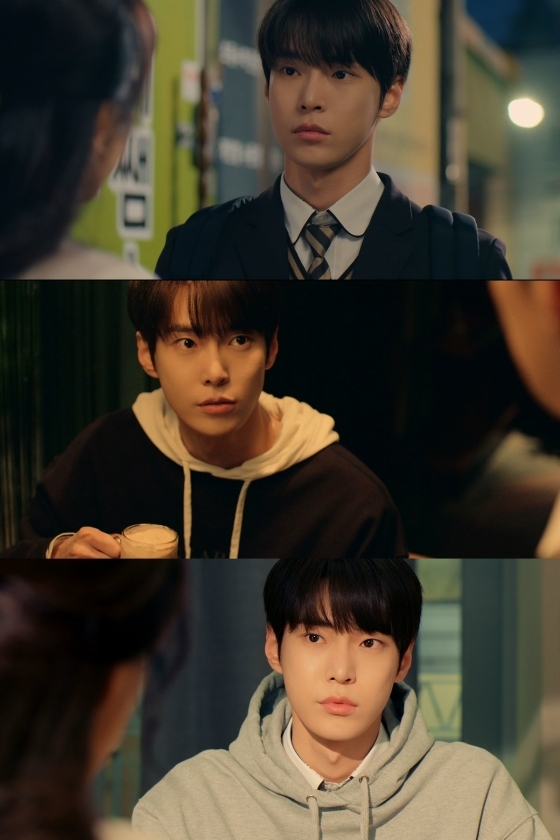 Doyoung of NCT will be the male lead in a television drama that will air on Friday.

In his first serious acting role, the singer will play a good-looking straight-A high school student who has found a way to take a peek at the future while looking for his mother. Titled “Midnight Cafe Season 3 - The Curious Stalker,” this is the third season of an ongoing drama series that featured Bora, of the now-disbanded Sistar, in the second season.

Set at a café in Busan that does not appear anywhere on a map, he leaps across time struggling to find his footing as his mother loses her grip on memory while also trying to figure out his mixed feelings about a female friend.

The musician also participated in the original soundtrack for the fantasy drama.

Meanwhile, NCT 127, a subunit Doyoung belongs to, landed at the top of Japan’s Oricon chart with its second Japanese EP “Loveholic.”

IU to make a return after 4 years

IU announced her comeback with a black-and-white teaser on Thursday, surprising fans who have been awaiting new music.

In the teaser photo, she gazes into the camera while flowers cast a mysterious shadow over her face.

As the social media post stated, the vocalist will soon put out her fifth studio album, four years after the release of herfourth album “Palette.” In January, she dropped a prerelease single called “Celebrity” that swept music charts in Korea.

“[This album] is about giving support more than any other and I, with what I little I have, want to let you listen to music with the sincere hope it can energize those who are weary,” IU said.

In the meantime, “Hold My Hand,” the singer/songwriter’s first self-written song released 10 years ago, reappeared on major music charts thanks to fans who circulated newly edited clips of her performing the song.

BTS added another week to its record as “Dynamite” ranked No. 43 on Billboard’s Hot 100 singles chart .

According to the newest tally that came out on Thursday local time, it remains in the top 50 for its 25th consecutive week. The song also ranked No. 4, maintaining top five status for 23 weeks in a row, on Billboard Global excluding US and No. 5 on Billboard Global.

The band will release “BE (Essential Edition)” on Friday to thank their fans for helping them top the Billboard Hot 100 and win a nomination for 2021 Grammy Awards.

As BTS spends more time on the charts, there are even greater expectations that the group could win its first Grammy. This is the first time a K-pop artist has been nominated for the award.

The song, written by the band’s head producer Park Jinyoung, came out in July 2019. The girls show how passionate they are inside, even when they might look “icy” cold on the outside, through frank and bold lyrics.

“ICY” brought 12 trophies to the band across a number of music chart programs and cemented their status as a next-generation idol group. The video was shot in Los Angeles and was an instant hit with dazzling visuals and choreography.

The five-piece act celebrated the second anniversary of its debut last week with a livestream show on Naver. It also started a six-part YouTube video series “IT’z Playtime” earlier this month, in which the bandmates meet and play with children using only English.