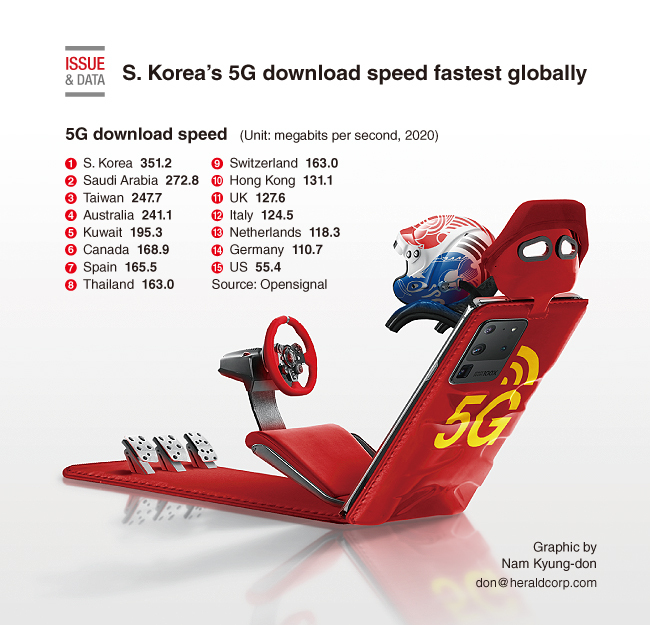 South Korea has the fastest 5G download speed in the world, reaching over 350 megabits per second, a report showed.

The country’s 5G download speed stood at an average 351.2 Mbps, followed by Saudi Arabia at 272.8 Mbps and Taiwan at 247.7 Mbps, industry tracker Opensignal said in a report, citing data collected between Sept. 1 and Nov. 29 in 15 global markets with 5G networks.

The result marks an improvement for South Korea from a previous report by Opensignal in October, which had found the country’s 5G download speed as the world’s second fastest after Saudi Arabia. (Yonhap)