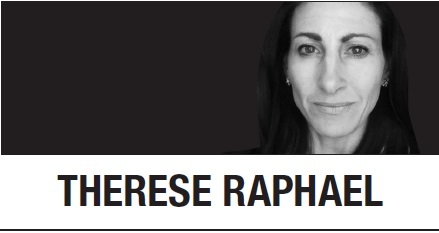 Boris Johnson is running a People versus Parliament campaign for the UK’s Dec. 12 election. Opposition Labour leader Jeremy Corbyn is also running a “people versus” campaign. Only in Corbyn’s narrative, the other corner of the ring isn’t occupied by obstreperous lawmakers, but rather that muscled colossus he sums up as “billionaires and bankers.”

Corbyn’s strategy for defeating the titan was laid out in an election manifesto and accompanying funding document on Thursday. If Labour’s 2017 manifesto was largely about ending austerity, its 2019 one seeks to end market capitalism as we know it. It calls for a 10 percent increase in day-to-day government spending and a boost in investment spending of 55 billion pounds ($71 billion) a year, doubling current levels.

British campaign manifestos are more than a bunch of vague promises but less than an iron-clad commitment. They’re a sort of social contract with voters. Some pledges never see the light of day, as Labour member of Parliament Jess Phillips admitted this week, but they’re not all discarded. Between 1987 and 2005, Judith Bara at Queen Mary University of London found that 88 percent of manifesto promises were fulfilled.

In Labour’s 105-page opus, it’s not any single policy -- whether it’s the mass nationalizations, the plan to hand 10 percent of the shares in large companies to employees or the scrapping of university tuition fees -- that tells you this is a very different kind of manifesto. It’s the way Labour wants to do absolutely everything. For example, it’s well known that the system of benefits for the poor, known as Universal Credit, has problems; welfare systems are enormously complicated. But Labour wants to scrap it and design a whole new one.

And Labour really sweats the small stuff too in this monument to statism. There are protections for those going through the menopause, a right to respond to family emergencies and a policy on soccer. Yes, soccer. A Labour government “will examine the state of the game, its governance and regulation, its ownership rules and the support and funding of the clubs that are vital to local communities.” There isn’t an area of your life that Labour doesn’t think it can improve.

Amid this multitude of initiatives there’s a common theme. To every problem, the solution is more government. Yet Labour’s answers create their own difficulties. Increased taxation in the oil industry might discourage investment in cleaner technologies, as my colleague Chris Hughes explains. Likewise, free internet for everyone sounds great, but there are much cheaper ways to help households and businesses get full-fiber broadband. Its rent control policy would only create new housing market distortions.

Labour argues that its ideas aren’t just a rehash of its failures of the 1970s, but significant upgrades that make the state more responsive. But nationalizations would face the old problem of what economists call soft-budget constraint, where businesses worry less about profit because they know the state will always bail them out. That ultimately doomed the 20th century socialist experiments in eastern Europe.

Just like the rulers of those systems, Labour seems to be its own worst enemy. A 32-hour work week with no reduction in pay sounds great, but it’s absurd to think that governments know the optimal mix of work and leisure for people.

It’s unlikely that Labour’s tax increases would cover its spending plans. The independent Institute for Fiscal Studies notes that extra levies on the richest 3 percent would contribute only one-tenth of the additional revenue Labour says it will raise. The rest would come from taxing companies -- that is, workers, consumers and shareholders.

Labour has created a “fiscal credibility rule” to prove it can make difficult choices. But the rule, already laxer than previous standards in the UK, can be suspended in the event the Bank of England needs to resort to unconventional monetary policies. In other words, the very stresses that might be produced by a radical policy of nationalizations, and tax and spending increases, would be a justification for dispensing with the restraints.

Given that all of this comes from a party that’s well behind in the polls, it’s tempting to be dismissive. There are reasons not to be.

First, it’s too early to declare a clear victor in this campaign. Corbyn, remember, doesn’t need to win this; he simply needs to deny the Tories a majority so Labour can lead a coalition.

Second, Corbyn has already pulled the economic debate in Britain to the left. Plenty of Labour’s signature proposals resonate with voters. And radical ideas, repeated often enough, can eventually sound normal. Even if Corbyn loses on Dec. 12, the Conservative leader and any future Labour leader will have to engage with his arguments for a more interventionist, redistributive state.

Nor is Labour wrong about everything. A crisis in affordable housing, poor infrastructure and strained public services contributed to the Brexit vote in 2016. Labour understands the value of investing in early childhood education and care, which has been shown to produce significant payoffs in terms of higher future earnings, better health and overall benefits to society. Unlike the Conservatives, it is not afraid to acknowledge the benefits of immigration. The party is also right to highlight homelessness and house -building. Whatever else one thinks of Labour’s policies, it’s hard to deny the sincerity of purpose.

Yet the overall sense from the manifesto is that it tears down more than it builds and that it pits one part of society against another. It isn’t just billionaires and bankers who are demonized, but many middle-class workers. The aggressive redistribution might reduce inequality by pulling down all boats, but it wouldn’t eradicate poverty nor create the opportunities that Labour claims it wants to offer workers. Given the cost to the UK economy from Brexit uncertainty is already estimated at 2.9 percent of gross domestic product over the past few years, that gamble would be reckless.

Has Corbyn overreached this time? The key question is not whether voters might like these giveaways. While there are moral arguments against big government, most voters wouldn’t necessarily say no. Rather, the test is whether people find the promises, and Corbyn himself, credible.

The mocking laughter that accompanied his mention of a 32-hour work week during this week’s debate with Johnson suggests many don’t. Individual policies such as nationalizing utilities are popular, but it would take a suspension of disbelief for people to buy into the idea that his supersized version of every statist policy ever imagined could be served up at no extra cost for anyone but the wealthiest.

Corbyn has less than three weeks to convince people to buy into his “bash the bankers” plan or at least hope they reject Johnson’s alternative pipe dream of a fast and painless Brexit. No one can accuse him of holding back.