[Kim Hyung-yun] Sharing our legislation with other Asian countries: Laying a foundation for economic growth and democracy 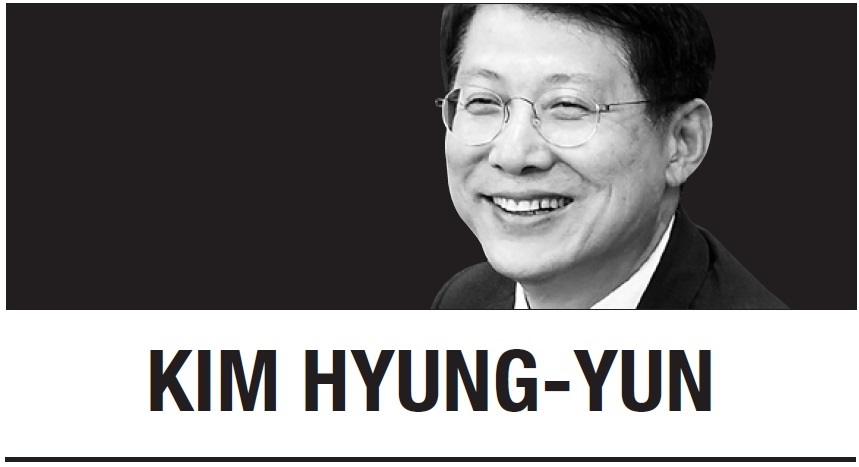 There is a Korean expression: to catch two hares at the same time. This means to accomplish two goals simultaneously. When we chase two hares, they are frightened to death and run away in all directions. Therefore, the implication is that catching two hares at one time is extremely challenging and unlikely.

South Korea’s per capita gross national income surpassed $30,000 for the first time last year. And Korea has transformed itself from a recipient of development aid into a donor country and experienced impressive economic growth after the liberation. At the same time, Korea has achieved democracy thanks to the pro-democracy movement mainly led by students in 1987. It shows us that we have attained two challenging goals at once, economic growth and democracy.

All the efforts and commitment to achieve the astonishing accomplishments resulted in legislation. This is because legislation was the answer to maintaining national and social order as well as solving pending issues.

Our ministry held the seventh ALES under the theme of “Legislative Modification Strategies for Smart City Development” on Oct. 30, 2019. ASEAN member countries are focusing more on solving urban problems such as high population density and preventing crime. This symposium served as a venue to suggest alternatives and legal frameworks to ASEAN member countries.

Based on the network with other Asian countries developed through the ALES, we laid the cornerstone of cooperation by signing memorandums of understanding with 28 organizations from 17 countries. We are now carrying out a legislative consulting project for the countries that want to benchmark Korea’s legal system. And we are providing support to developing countries for the advancement of their legal systems by organizing invitational training programs and sharing our legislative experience and knowledge.

The project to support the establishment of the Myanmar Law Information System is a case in point. After the democratic government took power, Myanmar chose to emphasize the rule of law and showed an interest in our national legal information system. In 2012, Myanmar submitted a letter of request to our ministry asking us to disseminate information and knowledge about our National Law Information Center. In 2014, a feasibility study was conducted and in 2015 we undertook an official development assistance project to establish a legal information system in Myanmar. The legal information system was opened up to the general public in May of 2018 and is accessible both via the internet and a mobile app. As of October 2019, about 9,200 statutes are provided and the cumulative number of visitors is about 380,000.

Meanwhile, Indonesia has a huge interest in a unitary legislative organization and is endeavoring to establish one. When our ministry and the Cabinet Secretariat of the Republic of Indonesia signed a memorandum of understanding in September 2018, Indonesia took a keen interest in one of our missions, statutory examination. After Joko Widodo was reelected as the president of the Republic of Indonesia, the country set the goal of establishing a unitary legislative organization like the Ministry of Government Legislation and our ministry has provided a great deal of support.

Going forward, our ministry will make further efforts to share various legislative experience and knowledge and to strengthen legislative exchange and cooperation in order to help solve the complex challenges other Asian countries are now facing. I hope our efforts will lead to the establishment of legal systems, a prerequisite for economic growth and democracy, in other Asian countries.