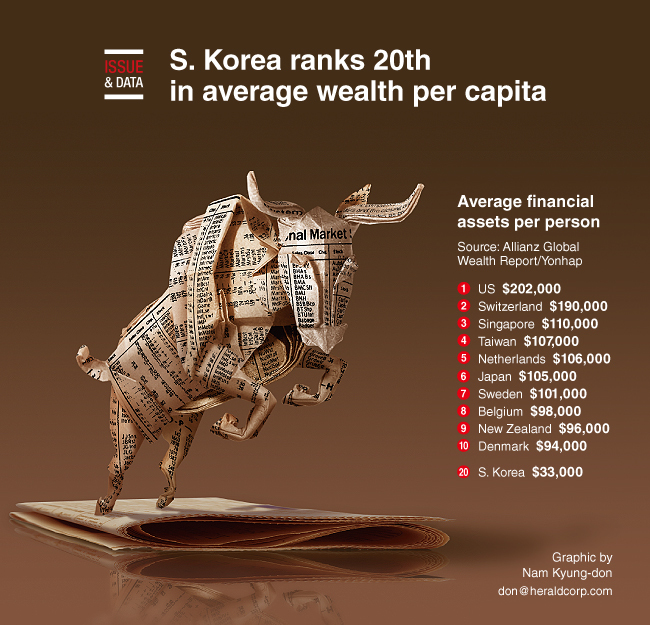 South Korea ranked 20th out of 53 countries surveyed by German insurer Allianz Group in terms of per capita financial assets last year, according to a report from the group.

According to the recently released “Allianz Global Wealth Report,” Koreans’ financial assets stood at an average of 39 million won ($33,000) per person in 2018, slightly up from a year earlier.