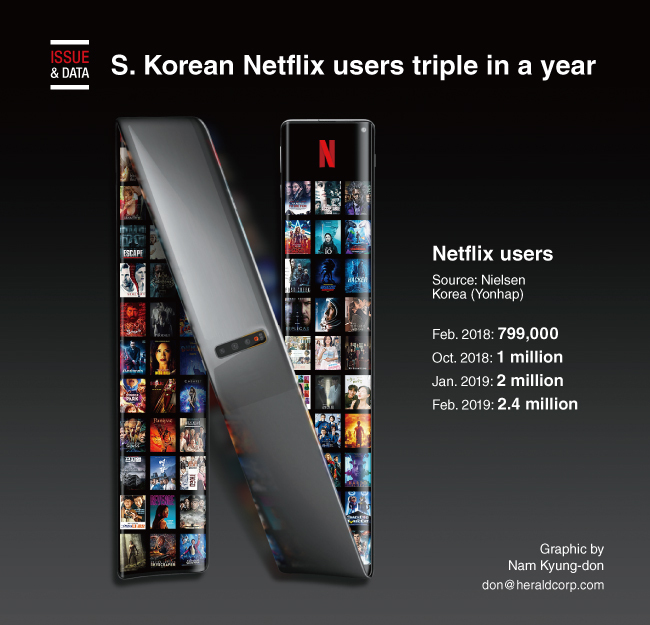 The number of South Korean subscribers to US streaming platform Netflix more than tripled in one year, industry data showed Thursday, mainly due to the popularity of original local content.

Netflix, which started as a video rental firm in 1997, currently has more than 189 million paying members in over 190 countries. It offers original and licensed TV series, documentaries and feature films across a variety of genres and languages.