[Video] MXM returns with self-produced album ‘More Than Ever’

Fronted by bubbly chill trap number “Ya Ya Ya,” the 14-track album has the fingerprints of Im Young-min and Kim Dong-hyun all over it, from songwriting to designing the album cover. The lead track, which lyrically compares love with the process of being addicted to bitter Americanos, makes ample use of breathy synths, adding up to the track’s upbeat atmosphere.

“We’ve been expressing our hopes to participate in making our own album, and we’ve finally done it. Since it’s our first full-length album, it took a lot of effort and time,” said Im during a showcase for “More Than Ever” in Seoul on Tuesday.

The album also includes “Knock Knock,” “Checkmate,” “Show Me Your Love,” “Don’t Stop Me Now,” “Without U,” “Dawn,” and previously released tracks “Love Me Now” and “Gone Cold.”

Former trainees of Brand New Music, Im and Kim had competed in the second season of audition program “Produce 101” along with Lee Dae-hwi and Park Woo-jin, who were also trainees under the same agency back then. Im and Kim, however, saw a different fate with their label mates, as they failed to debut as the project boy band Wanna One.

Spurred by fans’ avid support, the two boys finally debuted as MXM on the label Brand New Music in September with its first EP “Unmix.” Its group name stands for both “Mix and Match” and “More and More,” with the former referring to its compatibility as a group while the latter referring to its determination to grow as artists.

“I thought it was obvious for Wanna One to get the spotlight after the program ended, but we feel so grateful for fans loving us until now, enabling us to release our first full-length album,” Im said.

Kim also said, “I wasn’t sure about my future after failing to debut as Wanna One. But I’m living every day with happiness.”

The two said the only downside to not being part of Wanna One was parting with their longtime friends Dae-hwi and Woo-jin.

“We all could have promoted in one team, but it’s sad that I rarely keep in contact with them due to their busy schedules,” Im added. 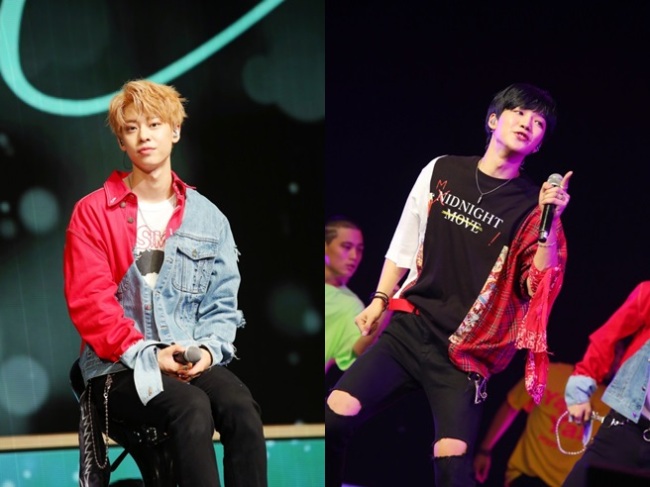 
Despite their physical separation, Lee proved his bond with MXM by participating as a songwriter in “More Than Ever” with tracks such as “I Want You to Love Me” and “Dawn.”

MXM released its second EP “Match Up” in January and double single “Rematch” in March this year. The duo is also set to hold its first solo concert in September in Seoul.