The game’s launch and future service plans were formally announced by the Korean unit of US-based Epic Games on Friday during a press conference held in Seoul.

“Fortnite” for PS4 can now be downloaded for free via the PlayStation Store. From Aug. 17, a special item bundle for the game will also go on sale via partner PlayStation retailers and game goods stores, according to Epic Games Korea.

A beta version of “Fortnite” is now available for Android Devices as well. Deviating from established practice, the game’s application package kit can be downloaded directly through the official website Fortnite.com only, and not through the Google Play app store.

The company made the decision to bypass the Google Play store, in order to take the first step toward forging a direct relationship with customers, and to prove that it is possible to launch a mobile game without middlemen distributors like Google Play.

By ditching Google Play, Epic Games would also avoid having to pay Google 30 percent of gains from in-app purchases.

Through an exclusive partnership with Samsung Electronics, “Fortnite” is immediately available on the Galaxy S7 smartphone and subsequent models via the built-in Game Launcher app. The game is also preinstalled on the new Galaxy Note 9 and Galaxy Tab S4 unveiled Thursday.

The game is also available on other selected Android devices from Google, Asus, Essential, Huawei, LG Electronics, Nokia, OnePlus, Razer, Xiaomi and ZTE, though not immediately. Users can register their emails on the game’s website to receive a download link this week.

“Fortnite” is expected to soon land in Korea’s PC cafes as well, Epic Games Korea said, without citing an exact date. The company began carrying out optimization procedures to get the game smoothly running at more than 8,000 PC cafes nationwide this month. 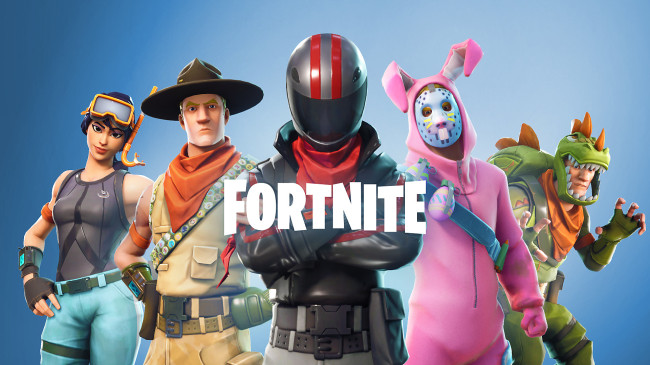 The game is already available on PCs, Macs, and Apple’s iOS smartphones, and the PS4 and Android versions are now being added as new platforms. Users can play the game on any of these platforms with a single account.

Looking ahead, Epic Games is also preparing an esports tournament for “Fortnite,” where players will compete for the top prize of $100 million. The firm expects Korean pro-gamers to shine on this front, given the country’s track record in online gaming, said Epic Games CEO Tim Sweeney in a video message.

Developed by US-based Epic Games, “Fortnite: Battle Royale” is a massive online game in which 100 players jump out of a plane and land on a small island, where they fight each other until only one is left. Items can be collected and shelters can be built to protect yourself.

It was developed based on the breakout success of another battle royal-like survival shooter game “PlayerUnknown’s Battlegrounds,” developed by PUBG Corp. under the Korean game company Bluehole.

Six months into its launch, the user base of “Fortnite” has grown trifold, and the game now has around 125 million players worldwide, according to Epic Games.